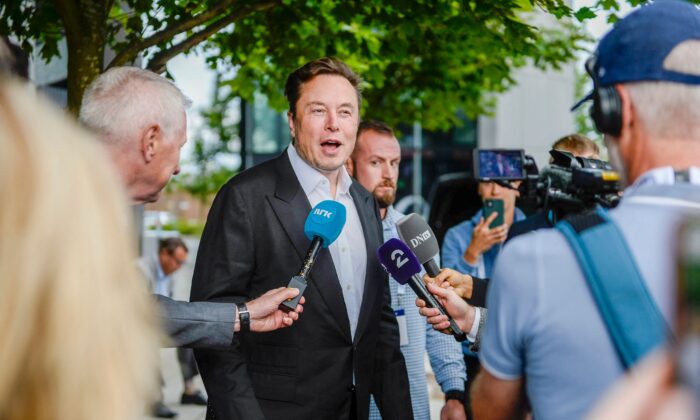 Elon Musk Says Self-Driving Teslas May Be Released in US, Europe by End of Year

Tesla CEO Elon Musk has revealed plans for the wide release of self-driving electric vehicles by the end of the year, pending regulator approval.

Musk made the comments at an energy conference in Norway on Monday, where he noted that he is currently focusing his attention more on his SpaceX Starship spacecraft and self-driving Tesla electric cars.

“The two technologies I am focused on, trying to ideally get done before the end of the year, are getting our Starship into orbit … and then having Tesla cars to be able to do self-driving,” Musk said.

He added that he hopes the electric auto maker’s self-driving technology would be released in the United States and possibly in Europe.

“Have self-driving in wide release at least in the U.S. and … potentially in Europe, depending on regulatory approval,” Musk told the audience.

The billionaire businessman’s comments come after he announced on Aug. 21 that the price of Tesla’s Full Self-Driving system (FSD) will increase by $3,000 next month to $15,000. The latest increase marks the second time it has risen in price this year.

The FSD package comes with additional features that are not included in standard Tesla vehicles, such as “Traffic and Stop Sign Control,” “Navigate on Autopilot,” as well as “Autopark” among others.

It also offers a feature called “Smart Summon” which allows drivers to use Tesla’s mobile app to summon their vehicle to come find them. The vehicle will be able to navigate through “more complex environments and parking spaces” with the feature, according to Tesla.

FSD still requires the driver’s active supervision and does not make the vehicle fully autonomous. However, the updated version will allow vehicles to drive on their own without the need for human supervision.

Musk has previously suggested that autonomous vehicles may be safer than cars driven by humans because drivers are easily distracted.

During Tesla’s 2021 fourth-quarter earnings call in January 2021, the businessman said: “Being safer than a human is a low standard, not a high standard. People are often distracted, tired, texting. … It’s remarkable that we don’t have more accidents.”

However, a report by the National Highway Traffic Safety Administration in June found that out of 392 crashes in the last year involving cars equipped with advanced driver assistance systems, 273 involved Teslas.

Elsewhere on Monday, Musk stated that oil and gas should continue to be extracted to ensure sustained civilization while the world continues to develop sustainable sources of energy.

“Realistically I think we need to use oil and gas in the short term, because otherwise, civilization will crumble,” Musk told reporters at the conference.

“One of the biggest challenges the world has ever faced is the transition to sustainable energy and to a sustainable economy,” he said. “That will take some decades to complete.”