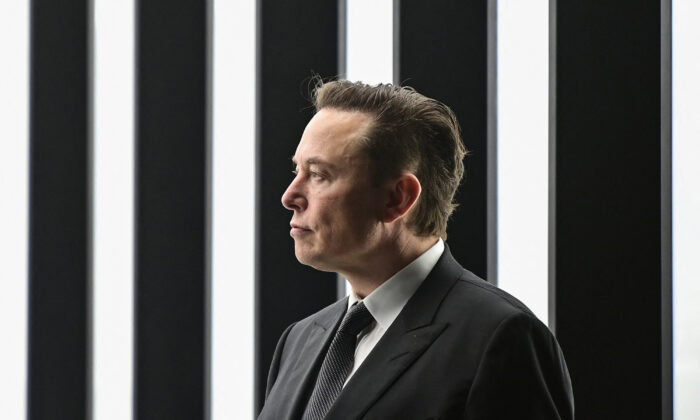 Elon Musk revealed more details of what he has in mind for changes at Twitter after it was confirmed that the company had accepted his buyout offer, with the tech mogul’s plans including new features and ways to enhance trust in the platform.

Twitter’s board of directors said on April 25 that it had approved Musk’s offer to buy Twitter for $54.20 per share in cash, in a deal worth around $44 billion.

The buyout represents a 38 percent premium over Twitter’s closing stock price on April 1, with Parag Agrawal, CEO of Twitter, saying in a statement that he believes the deal “is the best path forward for Twitter’s stockholders.”

‘Bedrock of a Functioning Democracy’

In a statement, Musk provided some details about what kind of changes he has in mind for the social media platform, whose commitment to free speech he has repeatedly called into question.

“Free speech is the bedrock of a functioning democracy, and Twitter is the digital town square where matters vital to the future of humanity are debated,” Musk said. This dovetails with his earlier statements that Twitter functions as a “de facto town square” where important conversations should be able to take place with as few constraints as possible.

Musk said Monday that Twitter has “tremendous potential” and that he wants to work with the company and its users to “unlock” and make the platform “better than ever.”

He said he plans on “enhancing” Twitter with new features, which he did not provide further details on. Musk earlier created a Twitter poll asking users if they want an edit button on the platform, suggesting that this could be one of the changes he is seeking to effect.

Musk also said on Monday he wants to make the platform’s algorithms “open source to increase trust,” while “defeating the spam bots, and authenticating all humans.”

This, too, reinforces his earlier remarks that his objective in seeking to buy Twitter and turn it into a private company was to transform it into a bastion of free speech by opening up its algorithm to public scrutiny and by making its moderation policies more transparent.

A self-described “free speech absolutist,” Musk told the audience at a recent TED event in Vancouver, Canada, that Twitter should permit unconstrained expression, though it should do so in line with the law.

“In my view, Twitter should match the laws of the country,” Musk said, acknowledging reasonable legal caps on free speech like direct incitement to violence or shouting “fire” in a crowded theater.

Err on Side of Free Speech

“I’m not saying that I have all the answers here,” Musk said at the TED talk. But I do think that we want to be just very reluctant to delete things, just be very cautious with permanent bans. Timeouts I think are better than permanent bans.”

In terms of calibrating Twitter’s moderation policies, Musk said he’d want to err on the side of free speech.

“If in doubt, let the speech, let it exist,” Musk said. “If it’s a grey area, I would say let the tweet exist. But obviously in a case where there’s perhaps a lot of controversy, that you would not want to necessarily promote that tweet.”

Musk has repeatedly questioned Twitter’s commitment to free speech, after accusations that the platform suppressed some minority and politically conservative viewpoints, claims Twitter has denied.

Many free speech advocates have hailed Musk’s takeover bid, while those opposed have expressed fear that fewer constraints on expression on Twitter will make it too easy to abuse the platform’s reach and power by, for example, spreading disinformation.

In a series of tweets reacting to Musk’s takeover moves, Amnesty International expressed concern about the erosion of policies meant to protect users.

“We are concerned with any steps that Twitter might take to erode enforcement of the policies and mechanisms designed to protect users,” Amnesty International wrote.

“The last thing we need is a Twitter that wilfully turns a blind eye to violent and abusive speech against users,” the group said.

As it was confirmed Musk would purchase Twitter, the Tesla founder urged his “worst critics” to stay on the platform.

Dan Ives, an analyst at investment firm Wedbush Securities, told the BBC that he expects most users will take a “wait-and-see approach” on whether they stay or leave the platform, based on the changes that take place.

“Now it’s about courting new users and stopping defectors from the platform,” Ives told the outlet.