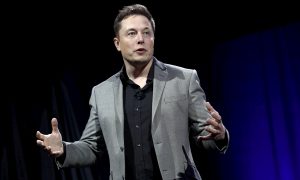 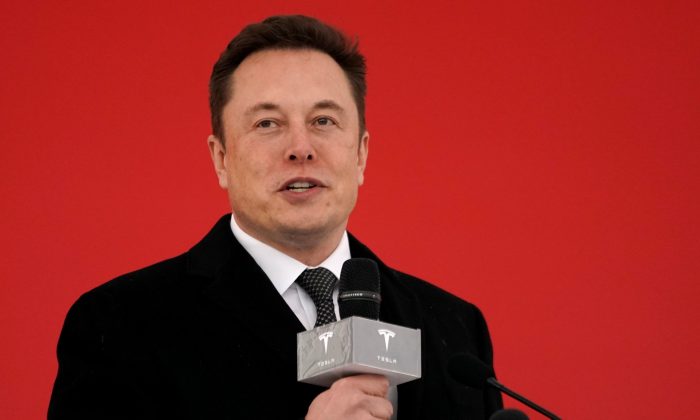 Chief Executive Elon Musk has never sought pre-approval for a single tweet about Tesla Inc. since striking a court-approved deal about how to communicate important information about the electric vehicle maker, the top U.S. securities regulator told a judge on March 18.

The Securities and Exchange Commission is doubling down on the government’s demand to find the Tesla CEO in contempt of a previous fraud settlement that required him to have the company pre-approve any tweets that could materially impact the automaker.

The ongoing public battle between Tesla’s chief executive and the SEC piles pressure on Musk, the public face of Tesla, who is struggling to make the company profitable after cutting the price of its Model 3 sedan to $35,000.

The SEC said a Feb. 19 tweet that Musk sent to his more than 24 million Twitter followers claiming the electric vehicle-maker would build around 500,000 cars in 2019 was “a blatant violation” of the agreement.

The SEC asked Tesla in late February whether any of Musk’s tweets had been pre-approved since that policy was adopted, according to the filing in federal court in Manhattan.

Tesla responded, after more than two weeks, to say simply: “No.”

“It is, therefore, stunning to learn that, at the time of filing of the instant motion, Musk had not sought pre-approval for a single one of the numerous tweets about Tesla he published in the months since the court-ordered pre-approval policy went into effect,” the SEC said in the filing.

The regulator last month alleged that Musk had violated a September settlement of fraud charges by tweeting material information about Tesla without pre-approval from the company.

In response, Musk had argued that his “single, immaterial” tweet was in compliance with the settlement and that the SEC’s push to find him in contempt infringed on his free speech.

Lawyers for Musk said the tweet complied with the company’s communication policy for senior executives and was a “proud and optimistic restatement of publicly disclosed information.”

The SEC said in the March 18 filing that the pre-approval policy agreed in the settlement was designed to include a wide variety of his comments, not just those that were deemed material by the regulator’s standards.

The fraud settlement between Musk, Tesla and the SEC resolved a lawsuit brought by the regulator over claims Musk made on Twitter in August that he had “funding secured” to take Tesla private at $420 per share. The SEC called those tweets “false and misleading” and a go-private deal never materialized.

As part of that settlement, Musk stepped down as the company’s chairman and he and Tesla agreed to pay $20 million each in fines.

Tesla has backed off a plan to close all its U.S. stores and said it will instead raise prices of its higher-end vehicles by about 3 percent on average. Last week, Tesla unveiled its Model Y crossover SUV, targeted to begin production in 2020.

Musk called the regulator the “Shortseller Enrichment Commission” on Twitter after the settlement, and tweeted that “something is broken with SEC oversight” just one day after the agency started pursuing the contempt order.

Legal experts have said the SEC could pursue multiple avenues, including a higher fine, imposing further restrictions on Musk’s activities or removing him from Tesla’s board or helm.

Tesla published a new communications policy in December for senior executives as part of the settlement. It called for Tesla’s general counsel and a newly designated in-house securities law attorney to pre-approve any written statements about Tesla that could be material.

A disclosure controls committee, made up of board members Brad Buss, Antonio Gracias, and James Murdoch, was tasked with overseeing compliance with the new policy.