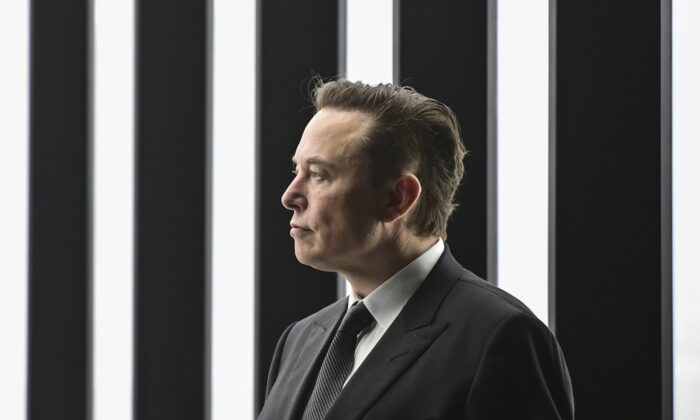 Elon Musk has denounced claims made against him in a new report by Business Insider on Thursday, calling them “wild accusations” that are “utterly untrue” while vowing to continue with his plan to protect freedom of speech on twitter if his bid to purchase it goes through.

SpaceX founder Musk took to the social media platform to dismiss the “wild” claims, however, he did not state specifically what those accusations were or name Business Insider.

His comments came shortly after a report by Business Insider accused him of sexual misconduct in 2016.

According to the report, which cited interviews and documents that Insider had allegedly obtained, Musk’s company SpaceX allegedly paid a flight attendant $250,000 in 2018 to settle the sexual misconduct claim against him. The Epoch Times has not seen or verified the authenticity of the documents.

Musk took to Twitter on Thursday where he wrote: “The attacks against me should be viewed through a political lens— this is their standard (despicable) playbook—but nothing will deter me from fighting for a good future and your right to free speech.”

In a number of follow-up tweets Musk said, “for the record, those wild accusations are utterly untrue.”

“But I have a challenge to this liar who claims their friend saw me ‘exposed’ – describe just one thing, anything at all (scars, tattoos, …) that isn’t known by the public,” the CEO added. “She won’t be able to do so, because it never happened.”

Insider reported that the alleged incident took place aboard a SpaceX jet on a flight to London in 2016, in Musk’s private room. The flight attendant told her friend that Musk asked her to come to his private room for a “full body massage,” according to documents.

Musk denied the sexual claims in a statement to Business Insider, insisting that there is “a lot more to this story.”

“If I were inclined to engage in sexual harassment, this is unlikely to be the first time in my entire 30-year career that it comes to light,” he wrote, calling the story a “politically motivated hit piece.”

Insider said it had moved the publication deadline after Musk requested more time to respond, but that he never did provide further comment regarding the allegations.

Christopher Cardaci, SpaceX vice president of legal, told the publication: “I’m not going to comment on any settlement agreements.”

SpaceX resolved the complaint “quickly” after a session involving a mediator and Musk himself. The matter never reached a court of law or an arbitration proceeding.

According to Insider, Musk, SpaceX and the flight attendant in November 2018 entered into a severance agreement granting the attendant $250,000 in exchange for a promise not to file a lawsuit over the claims.

The agreement signed by the flight attendant also included “restrictive non-disclosure and non-disparagement clauses” that ban her from disclosing any information about Musk and his businesses or discussing the severance payment, according to the report.