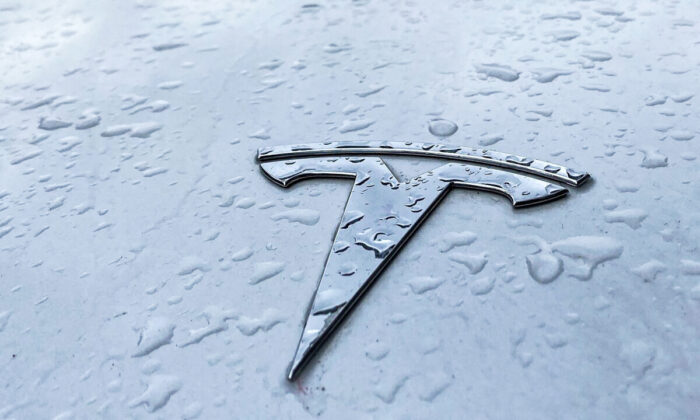 Elon Musk, Cathie Wood Continue to Sell Tesla’s Stock, but Can It Pull Off a Reversal?

On Thursday morning, Tesla, Inc. was trending on r/WallStreetBets after the EV company won approval to launch three more of its vehicles in the Indian market. Tesla also released a software update that advises drivers when their tires should be rotated by measuring the remaining tread.

The stock has been pressured recently by both a pullback in the general markets and CEO Elon Musk continuing to sell shares. Cathie Wood-led Ark Invest has been offloading its position in Tesla as well, selling 393,556 shares so far this month.

On Wednesday, Tesla came within $18 of completely filling a gap left behind on Oct. 25 between the $910 and $944.20 range but a bullish reaction to meeting minutes released by the Federal Reserve caused a reversal to the upside. What remains of the gap may not be filled for some time now, because the stock looks set for a larger move north even if only to print a higher low.

Tesla has been trading in a downtrend since Nov. 22, making a consistent series of lower highs and lower lows on the daily chart. The stock’s most recent lower high was printed on Dec. 8 at the $1,072.38 level and the most recent lower low was created on Wednesday at $928.25.

On Wednesday, Tesla had higher-than-average volume, which indicates there is a high level of trader and investor interest in the stock. During the trading session, over 25 million shares exchanged hands compared to the 10-day average of 22.92 million.

When the markets opened on Thursday, Tesla gapped up almost 2 percent higher but ran into a group of sellers who caused the stock to trade lower and fill the gap. Because gaps fill about 90 percent of the time it is a positive sign if the stock can now find some dip buyers.

Bulls want to see sustained big bullish volume push Tesla up above the moving averages and toward a resistance level at $1,045. If the stock can regain the level as support, it has room to trade up toward the $1,075.02 mark.

Bears want to see big bearish volume come in and drop Tesla down below Wednesday’s low-of-day, which would confirm the downtrend is still intact. Below the area, the stock has support at $900.40 and $877.95.