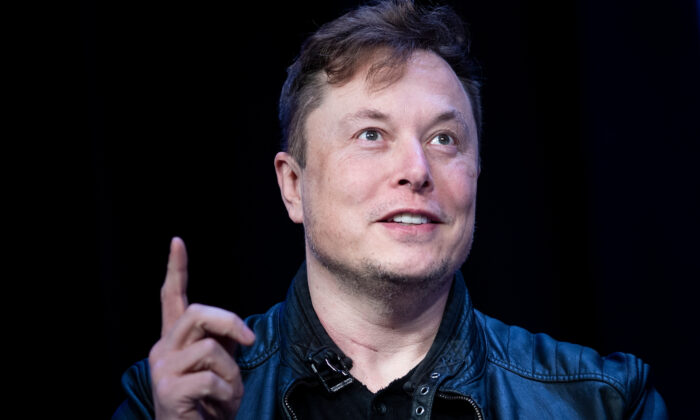 Elon Musk, founder of SpaceX, speaks during the Satellite 2020 at the Washington Convention Center in Washington on March 9, 2020. (Brendan Smialowski/AFP via Getty Images)
Companies

The gap between Elon Musk and the other ultra-wealthy continues to widen with increased valuations for Tesla and SpaceX.

The stock closed at $894, up 3 percent on the day, setting a split-adjusted record close for shares of the electric vehicle company.

Musk added $373 million to his personal wealth Thursday, according to Bloomberg’s Billionaire Index. The additional value takes Musk’s net worth to $242 billion, a gain of $72 billion in the year-to-date period.

Musk is now worth $45 billion more than Jeff Bezos ($197 billion), the founder of Amazon.com Inc.

Over the weekend, it was reported Musk is worth more than Microsoft Corp founder Bill Gates and Berkshire Hathaway CEO Warren Buffett combined.