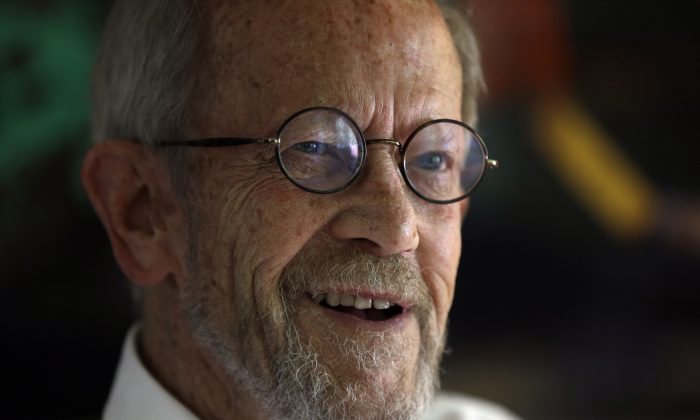 Elmore Leonard, 87, known particularly for some of his books that have become films—such as “Get Shorty” and “Out of Sight”—has died at his home in Detroit, three weeks after suffering a stroke, reports TMZ.

The Hollywood Gossip reports that Leonard’s researcher confirmed the author’s death via Facebook, stating: “The post I dreaded to write, and you dreaded to read. Elmore passed away at 7:15 this morning from complications from his stroke. He was at home surrounded by his loving family.”

Leonard was born in New Orleans. He was a prolific writer with 45 Westerns, crime novels, and mysteries published. He was working on No. 46 when he suffered a stroke. He was awarded an honorary National Book Award last year.

He didn’t have a best-seller until he was 60, and had only minor successes before the 1990s. Critics praised his colloquial style. Leonard often said, “When something sounds like writing, I rewrite it.”