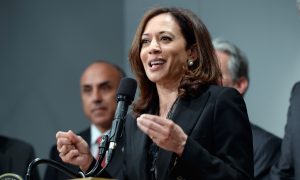 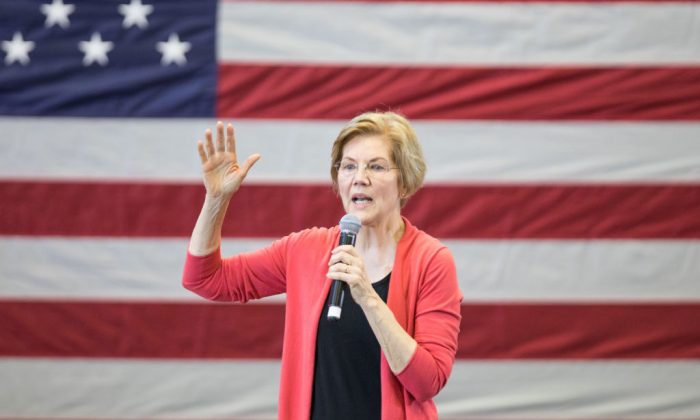 Sen. Elizabeth Warren (D-Mass.) has apologized to Cherokee Nation—the largest federally recognized tribal enterprise in the country—for taking a DNA test to prove her alleged Native American ancestry, only for the results to backfire.

Warren, who launched a 2020 exploratory committee at the end of December and who is expected to formally announce her run for the presidency later this month, made the apology after concerns she may have hurt her image with Native American groups and her own Democrat supporters. Both Cherokee Nation and Warren’s campaign did not immediately respond to requests for comment.

The apology, first reported by The Intercept and The New York Times, involved a “brief and private” conversation by phone to Bill John Baker, the principal chief of the Cherokee Nation. Warren attempted to use the results as evidence to back up her claims of heritage.

“Senator Warren has reached out to us and has apologized to the tribe,” Cherokee Nation’s executive director of communications Julie Hubbard told The Intercept. “We are encouraged by this dialogue and understanding that being a Cherokee Nation tribal citizen is rooted in centuries of culture and laws not through DNA tests. We are encouraged by her action and hope that the slurs and mockery of tribal citizens and Indian history and heritage will now come to an end.”

There were repeated calls for Warren to apologize for her test, especially from Cherokee Nation, who issued a sharp rebuke after her DNA results were released in October last year. Warren previously refused to apologize for the test, even after increasing political backlash.

“Using a DNA test to lay claim to any connection to the Cherokee Nation or any tribal nation, even vaguely, is inappropriate and wrong. It makes a mockery out of DNA tests and its legitimate uses while also dishonoring legitimate tribal governments and their citizens,” Cherokee Nation Secretary of State Chuck Hoskin Jr. said at the time, in part.

Many argued that Warren’s release of her results played politically into President Donald Trump’s hands.

In a string of Oct. 16 posts on Twitter, Trump described Warren as a “phony” and said she only got her job as a law professor at Harvard University because of her heritage claims. A 1997 Fordham Law Review piece had described hiring Warren as Harvard Law School’s “first woman of color.” Trump also thanked Cherokee Nation for their statement.

“Pocahontas (the bad version), sometimes referred to as Elizabeth Warren, is getting slammed. She took a bogus DNA test and it showed that she may be 1/1024, far less than the average American,” Trump wrote. “Now Cherokee Nation denies her, ‘DNA test is useless.’ Even they don’t want her. Phony!”

Trump continued: “Now that her claims of being of Indian heritage have turned out to be a scam and a lie, Elizabeth Warren should apologize for perpetrating this fraud against the American Public. Harvard called her ‘a person of color’ (amazing con), and would not have taken her otherwise!”

Carlos Bustamante, a professor of genetics at Stanford University and adviser to Ancestry.com, conducted the test. Buried in page 3 of the report, (pdf) it states they used genetic samples from “Mexico, Peru, and Colombia,” for Warren’s DNA analysis since there are no Native American reference sequences from inside the United States.

The Boston Globe, which first reported the results, said initially that Warren has “strong evidence” of Native-American heritage before later saying the calculations were wrong and issued a correction. However, the media had already pounced on the initial angle.

“Correction: Due to a math error, a story about Elizabeth Warren misstated the ancestry percentage of a potential 6th to 10th generation relative. The generational range based on the ancestor that the report identified suggests she’s between 1/64th and 1/1,024th Native American,” the Globe said in its correction.