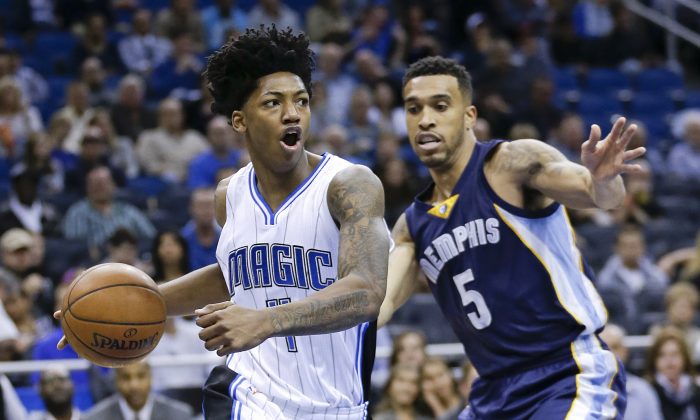 Orlando Magic's Elfrid Payton, left, looks to pass the ball as he drives around Memphis Grizzlies' Courtney Lee (5) during the first half of an NBA basketball game, Friday, Jan. 16, 2015, in Orlando, Fla. (AP Photo/John Raoux)
NBA

Orlando Magic rookie point guard Elfrid Payton did not cut his hair, contrary to a story posted on the NBA’s official website.

A story on April 1, or April Fool’s Day, claimed that Payton “shocked the world on Wednesday, when he showed up to the team’s morning shootaround with a fresh new haircut.”

The story accompanied a picture that appeared to show Payton without his trademark hair, but it does appear off as if photoshopped.

And Payton indeed revealed to Alex Kennedy of Basketball Insiders that he did not cut his hair.

“The hair is intact. It was an April Fool’s joke,” Kennedy said via Twitter.

Fans were worried about the fake news.

Payton, 21, is one of the best rookies in the league, and has entered the Rookie of the Year conversation.

Unfortunately, his Magic have struggled over the course of the season and will not be advancing to the playoffs.