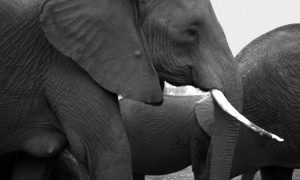 The Colossus of Existence: Why the Elephant Is Invaluable
0
Share Now
FacebookTweetParlerEmail
Copy Link 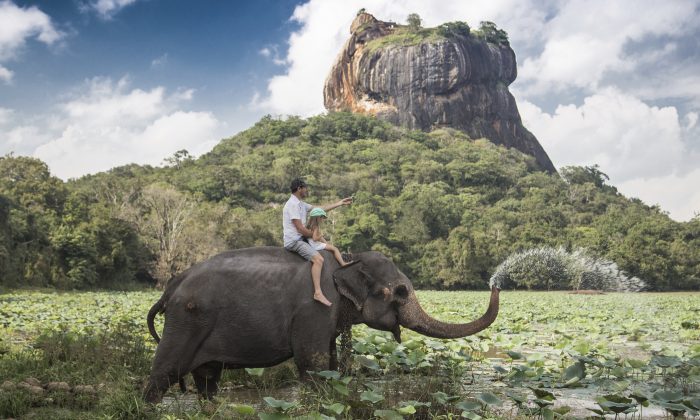 The disappearance of elephants and other large land animals could have a devastating and permanent effect on plants and animals they live with, say researchers.

When they analyzed large animal, or megafauna, extinctions in the Americas since humans moved in about 15,000 years ago, they discovered long-lasting changes in the local landscape after the largest of the land animals—among them mammoths and mastodons—disappeared.

Recent studies point to the loss of mammoths, native horses, and other large animals in Alaska and the Yukon as the reason a productive mix of forest and grassland turned into unproductive tundra that dominates the region today.

Similarly, mammoth and mastodon extinctions in the Pacific Northwest and the northeastern United States seemed to have changed the vegetation and, in the western United States, decreased the diversity of small mammals, says study leader Anthony Barnosky, professor of integrative biology at the University of California, Berkeley.

“Ecological studies have shown that if you pull out a top predator or a key herbivore today, you get dramatic change in the ecosystem. Our study makes it clear that in the past, such changes have lasted for thousands of years. These extinctions really do permanently change the dynamics. You can’t go back.”

Yet not all extinctions left major changes in the ecosystem. Ground sloth and glyptodont extinctions in South America had no noticeable effect on the vegetation of Patagonia and the Pampas, for example.

Large browsers like mammoths, mastodons, and today’s elephants, for example, eat small trees and shrubs and uproot or break down trees, as well as trample and churn the soil. Other large herbivores, such as bison and moose, also keep shrubs in check and change soil structure and nutrients as they feed, defecate, and urinate. As a result, such large-bodied plant eaters play a key role in keeping forests from overrunning grasslands, as the group found happened in North America.

“You see the impact of defaunation today in Africa, where the removal of elephant populations has led to these shrubby, scraggly acacias filling the savanna landscape,” says coauthor Charles Marshall, professor of integrative biology and director of the University of California Museum of Paleontology. “Africa today, with its elephant populations, seems to fit the model of North America with its mammoths and mastodons.”

In the Pampas of Argentina, however, the disappearance of the South American mastodon had no observable effect on the flora and fauna, probably because the weather and rainfall are not conducive to forests.

“This information could be useful to conservation biologists in pinpointing which types of ecosystems are likely to be affected by global climate change, and which would be most responsive to conservation and restoration efforts,” she says.

The current study, published in the Proceedings of the National Academy of Sciences, captures only the grossest environmental changes resulting from large-mammal extinctions, since not all ecosystem changes leave traces in the fossil record, Barnosky cautions.

“The fact that we saw the impact we saw is a pretty robust conclusion that these ecosystems were changed forever by the disappearance of these animals. Anytime you pull a big animal out of an ecosystem, there are some pretty huge effects, as demonstrated by ecologists today. But they might not be recognizable in the fossil record.”

The new research was sparked by other ecological studies on the impacts of adding or subtracting large mammals such as deer and elk from American landscapes, or removing wildebeest and elephants in Africa.

The Colossus of Existence: Why the Elephant Is Invaluable

Scientists decided to look for traces of ecosystem change resulting from the loss of about three-quarters of all large land mammals that roamed North and South America after humans arrived from Siberia about 15,000 years ago. About 60 large mammals died out in North America about 12,000 years ago, probably due to a combination of hunting and changing climate. Mammoths and mastodons, as well as horses, elk, moose, and carnivores such as the saber-toothed cat and the dire wolf, disappeared.

It took longer for South American species to go extinct, but the continent eventually lost about 99 species, including giant armadillos, saber-toothed cats, mastodon relatives called gomphotheres, and two entire orders of endemic South American ungulates, including the hippo-like Toxodonts in the order Notoungulata and the camel-like Macrauchenia in the order Litopterna.

In three areas of North America—northwestern and northeastern America and Alaska/Yukon—fossils showed not only a change in plant communities with an increase in fire frequency, but also a decrease in diversity of small mammals. A study conducted by coauthor Elizabeth Hadly, a professor at Stanford University, for example, documented a decrease of small rodent diversity in California after these extinctions, allowing the most widespread “weedy” mouse species to dominate the landscape.

“The take-home message from western North America is that grazing and browsing by extinct megafauna such as proboscideans favored open-habitat mosaics,” Hadly says. “When these ecosystem engineers became extinct at the end of the Pleistocene, denser deciduous forests established. The loss of the mosaic Pleistocene habitats in western North America led to a decrease in the diversity of small mammals.”

“If we lose some of these big-bodied animals that are threatened with extinction today, we lose a lot more than those animals, we lose the entire ecosystems of which they are part,” Barnosky says. “We are moving into new territory in terms of what the planet will look like.”

Other coauthors of the study are from the University of Chile and California State University, Sacramento. The National Science Foundation funded the work.

This article was originally published by the Univeristy of California–Berkeley. Republished via Futurity.org under Creative Commons License 4.0.