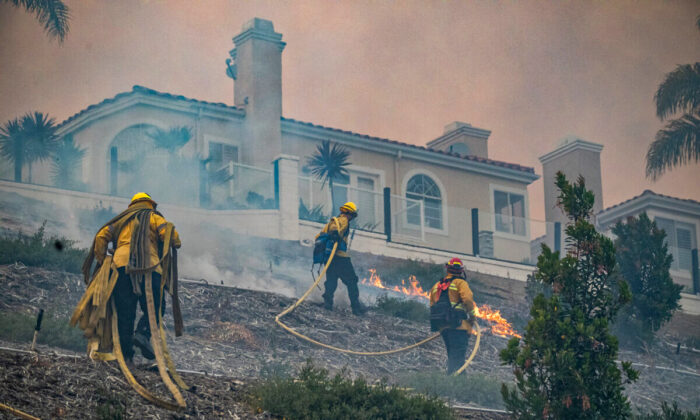 “Other than our current understanding of such condition pre-existing the fire, it is not known when the damage occurred or whether this condition contributed to the ignition of the fire,” the report reads.

Edison, the primary electricity supply company for much of the state’s region, submitted a report to the California Public Utilities Commission that reflects a section of a circuit “relayed and reclosed” approximately two minutes before the fire erupted in the canyon.

However, the electricity company said, “the cause of the relay on the [circuit] has not been determined, and it may not be definitively understood until all additional information is available.”

It swept through Aliso Wood Canyon, forcing around 900 residents to evacuate, destroying 20 homes, and damaging 11 others last month.

In addition to the number of homes burned down to the ground or damaged, Orange County Fire Authority assessed the damage saying two firefighters sustained minor injuries, and costs are estimated at $3 million.

The cause of the fire is still under investigation. Still, authorities said certain factors contributed to its rapid spread, including bad drought conditions, dry vegetation, westward winds, and steep terrains advancing on Aliso Summit Trail and into the Coronado Pointe gated community.

The Coastal Fire burned approximately 200 acres starting on May 11 at around 2:40 p.m. until reaching full containment six days later.