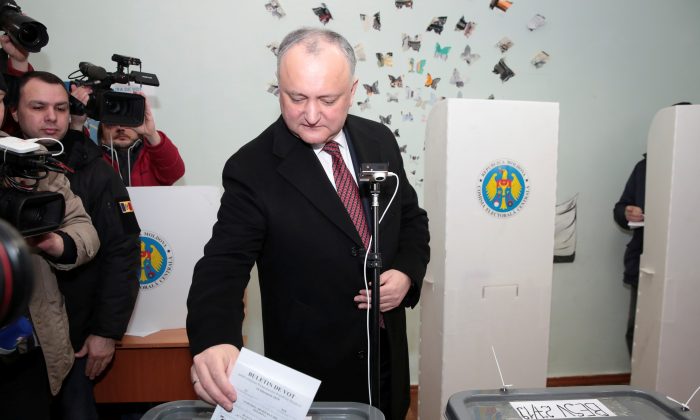 CHISINAU—An election in Moldova has produced a hung parliament, with the vote split between pro-Western and pro-Russian forces at a time when the ex-Soviet republic’s relations with the European Union have soured.

The outcome sets the stage for coalition talks or possibly new elections, just as the country has recovered from a political and economic crisis following a $1 billion banking scandal in 2014 and 2015.

The opposition Socialists, who favor closer ties to Moscow, emerged as the largest party with 35 out of 101 seats on a revised estimate, with recounts possible in some constituencies.

The ruling Democratic Party, which wants closer integration with the EU, came second with 30 seats, while an opposition bloc called ACUM, campaigning to fight corruption, was third with 26 seats.

Democratic leader Vladimir Plahotniuc said his party was “ready for negotiations on forming a majority and approving a new government,” adding, “I hope that such negotiations take place as soon as possible.”

Corruption scandals and worries about the health of democracy in Moldova, which is squeezed between Ukraine and EU member Romania and is one of Europe’s poorest countries, have tarnished the country’s image and weakened the appeal of the pro-Western political class.

The Socialist Party said its lawyers were studying reported election violations and declared that it may not recognize the results.

ACUM leader Maia Sandu said her bloc did not recognize the elections as free and democratic.

The Organization for Security and Co-operation in Europe said the elections were “generally well-run” but “tainted by allegations of pressure on public employees, strong indications of vote buying, and the misuse of state resources.”

President Igor Dodon, formerly head of the Socialist Party, had on Feb. 23 called the campaign “one of the dirtiest in our entire history.”