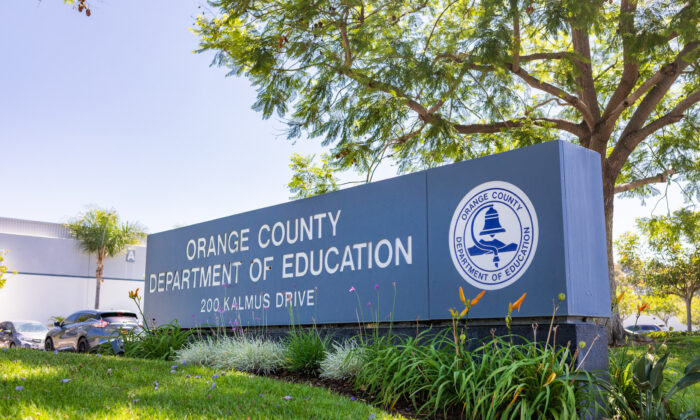 Orange County Board of Education Trustee Tim Shaw is being sued by his opponent in the June election for alleged defamation.

Last week, Paulette Chaffee—an educator and the wife of OC Supervisor Doug Chaffee—filed a lawsuit claiming she was defamed by two Shaw campaign mailers that called Chaffee a “convicted thief,” in reference to her being charged by the Orange County District Attorney on two misdemeanor counts.

Chaffee pled guilty in 2018 to two misdemeanor counts of petty theft for stealing campaign signs during her run for Fullerton City Council. Those signs, paid for by a political activist, called Chaffee a “carpetbagger”—referring to her move from her home to a condo in Fullerton’s District 5 in order to run for office.

Chaffee was required to pay the political activist $20 in restitution, $150 into the Victim Witness Emergency Fund, and $150 in state restitution and perform 60 hours of community service. After she complied, the district attorney dismissed her charges.

Chaffee’s lawsuit argues that Shaw’s mailers are “demonstrably false,” because she was never convicted as the charges were dismissed.

“The thousands of people who saw defendants’ mailers reasonably understood it to mean that plaintiff was convicted of the crime of theft; thus, exposing plaintiff to hatred, contempt, and ridicule,” the complaint reads. It goes on to say the mailers caused Chaffee to lose the race for the county Board of Education District 4 seat in the June primaries.

Shaw told The Epoch Times the lawsuit is “without merit” and he “looks forward to demonstrating that in court.”

This marks the third lawsuit brought against Shaw in just a year and a half.

Shaw was sued in January 2021 for simultaneously holding positions on the county Board of Education and the La Habra City Council.

Shaw initially resigned from the board in November 2021—but later left his post on the city council to reapply for his seat on the board of education.

One month later, his colleagues voted 3–1 to re-appoint him to the board, with then-Trustee Beckie Gomez dissenting.

In April, however, Shaw was blocked by a judge from serving on the board again due to another lawsuit that claimed Shaw’s re-appointment violated state law.

He won back his District 4 seat during the June primary election and ultimately defeated Chaffee by over 16 points in the race—49.96 percent to 33.39 percent, respectively.

Shaw was sworn in along with fellow board incumbents Lisa Sparks and Mari Barke on July 6.

Gomez, who simultaneously held positions on the Tustin City Council and the OC Board of Education, resigned from her position on the board last month; she is currently running for mayor of Tustin.

An attorney for Chaffee did not respond to a request for comment.