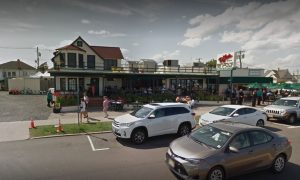 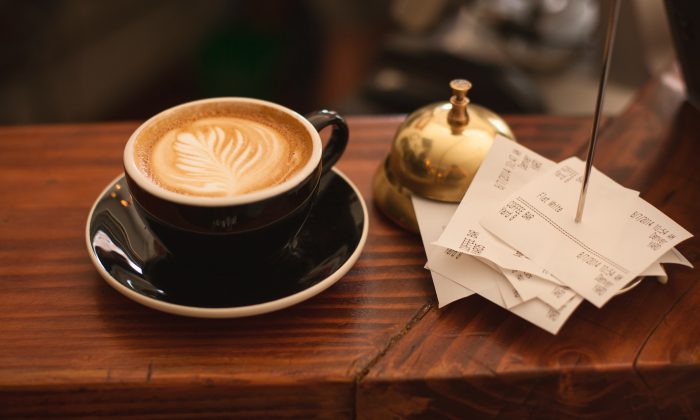 Stock photo of a cup of coffee and some receipts at a restaurant. (Carli Jeen/Unsplash)
UK

An elderly UK couple were left “incensed” after a hotel waiter addressed them on their restaurant bill as “old people.”

According to the British newspaper The Sun, Phyllis and Robert Hidden visited The Riverside Hotel in Kendal, Cumbria, on July 4, to enjoy some lunchtime drinks and a bite to eat.

Their pleasure turned to dismay, however, when they later examined the receipt and found they had been pigeonholed according to their age.

Phyllis Hidden told the Times and Star: “I thought nothing of it at first until my husband pointed it out to me and I was shaking with temper,” adding, “I was incensed.”

“This is appalling behavior,” she said, adding, “It’s a terrible thing to label people like that.”

The 80-year-old was cited by The Sun as saying she contacted the hotel to demand an apology, which Hidden received—a few months later.

“Had I received an apology in the first instant I would have let this go,” Hidden told the Times and Star, adding that table numbers—not age—would have been the appropriate way to label customers.

“Age shouldn’t be what defines you,” she said.

The hotel insisted their staff meant no disrespect or harm.

The hotel’s general manager, Jennifer Boow, was cited by The Sun as saying: “The issue has been raised and the member of staff concerned has been spoken to.

“They (member of staff) were extremely apologetic and didn’t mean to cause any harm by what happened and no disrespect was intended by the wording.”

The American Association of Senior Citizens shared the story on its Facebook page, asking its followers to weigh in whether “this was rude?”

The post met with only two reactions at the time of reporting—one person responded with a sad emoji, and another with an angry one.

The incident follows the case of a Tennessee woman who said a stranger at a McDonald’s drive-thru paid for her breakfast and left a touching note explaining the reason why.

Heidi Goforth said in a July 28 Facebook post that after ordering food for her son, she approached the drive-thru window to pay. She was surprised to hear from the cashier that the bill had already been paid.

Goforth looked at the receipt and saw a note, which said that the woman in front of her is the mother of a member of the Air Force. The note suggested her son was away on duty and the woman wrote that since she couldn’t treat him to breakfast, she decided to buy it for another stranger’s son.

“My son is in the Air Force I can’t buy him breakfast so I bought yours,” the note read.

Afterwards, Goforth posted a photo of the receipt on Facebook.

“Good morning! I just had this happen to me,” Goforth wrote in the caption, adding, “It touched my heart so much!”

“I was buying breakfast for my son at McDonald’s and the sweet lady in front of me, in the drive-thru, paid for my meal. I pray that you see your son soon! He’s lucky to have a mom that loves him so much! God bless you and him!” Goforth wrote. “Tell him ‘thank you’ for his service.”

Caryn Scherm Hill, a Facebook user claiming to be the Air Force mom, saw the post and replied, “It was my pleasure. Kindness can create such a wave of emotion. How extra special that you were getting breakfast for your son!”

Hill went on to say that her son is in Basic Military Training and has another 17 days to go. “Some didn’t make it through basic training but I am so proud they tried,” she wrote, referring to the Air Force candidates who weren’t inducted. “God Bless those that protect us and all those that tried!”

The Air Force mom wrote that she was moved by what Goforth had written.

“My husband texted me the news clip while I was working [the] night shift,” Hill wrote, adding, “I cried like a baby when I read the comments from you and others! Not an hour goes by that we don’t think of our son. He is going to laugh when he reads this.”

Goforth replied to the message, writing, “I wanted you to know how much you touched me! I cried all the way home! I couldn’t imagine giving my son up like that, even though he is 17! I am so grateful that this has gone viral. I think it touched me so much because I had a younger brother in the navy but he is no longer with us. And I could physically go home to my son and you couldn’t.”

“God bless you and your family!” Goforth added. “Your son is a lucky man!”