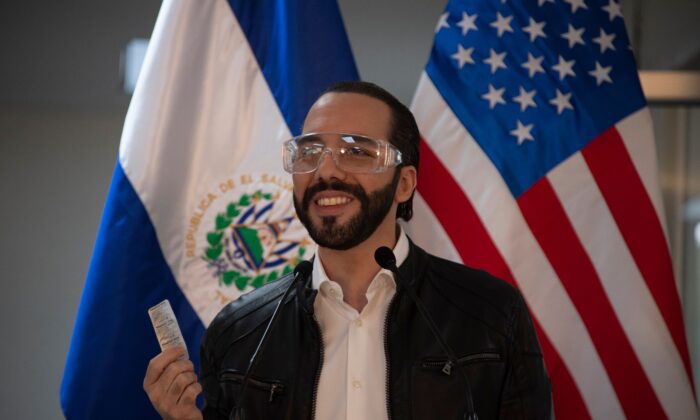 Some health experts in the United States have questioned its efficacy and have warned of potential side-effects, while a study by researchers in India have reported that the drug has been effective in preventing infections of the CCP virus.

Bukele, 38, did not say how much he was taking or if the drug was prescribed by a doctor.

The World Health Organization temporarily halted studying hydroxychloroquine as a potential COVID-19 treatment on Monday due to safety concerns. The decision came after a publication in the medical journal The Lancet on Friday suggested that seriously ill COVID-19 patients who were treated with hydroxychloroquine and chloroquine were more likely to die.

Following recommendations from the WHO, Bukele said the drug was no longer part of El Salvador’s CCP virus treatment protocol, but that it would remain available for “those who wish to use it as prophylaxis” or by a doctor’s prescription.

El Salvador has 2,109 confirmed cases of the virus and 37 deaths, according to the latest data from John Hopkins University.

Bukele, who took office in June, took the dramatic step in March of closing his country’s border even before El Salvador reported a single case of CCP virus, arguing that the small Central American nation had to get ahead of the outbreak. An overwhelming majority of Salvadorans approved of Bukele’s decision.

But after he ordered the police and army to arrest people violating the measures—such as only one person per household being permitted to leave the residence to purchase basic necessities—human rights advocates argued that he had ignored the country’s constitution. The Supreme Court ruled that the government does not have the authority to detain citizens indefinitely.

Thousands were quarantine for more than a month in government-rented hotels, convention centers, and gymnasiums, including those returning from overseas.

He has more recently sparred with the Supreme Court and National Assembly about how soon El Salvador will reopen.

The CNN Wire, The Associated Press, and Epoch Times staff contributed to this report.