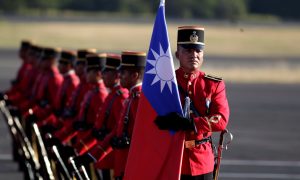 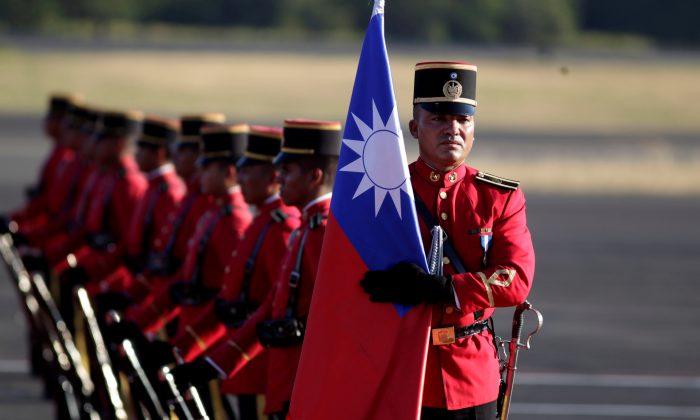 SAN SALVADOR—El Salvador’s highest court on March 13 temporarily suspended the cancellation of a free trade pact with Taiwan, after the Central American nation’s sugar industry sought an injunction, arguing the move would hurt its business interests.

In August, the United States criticized El Salvador’s decision to switch diplomatic ties from Taiwan to China, saying the change was of grave concern to Washington. It warned that China was luring countries with incentives that “facilitate economic dependence and domination, not partnership.”

Sanchez Ceren’s government order would have canceled the accord on March 15. The free trade agreement gives El Salvador an 80,000-tonne, tariff-free quota to export sugar to Taiwan.

Officials of El Salvador’s government were not immediately available to comment.

In Taiwan, the Foreign Ministry said it was “pleased to see the current development direction of the case” and would respect the legal process as it developed.

Political outsider Nayib Bukele was elected in February as El Salvador’s next president, bringing an end to a two-party system that has prevailed in the violence-plagued country for three decades. He will take office in June.

Last month, a member of his team said Bukele would assess whether the country should maintain diplomatic relations with China.

Taiwan’s Foreign Ministry said it would continue to pay close attention to the development of the political situation in El Salvador.

Beijing has been seeking to bring Taiwan into its fold since the Kuomintang fled to Taiwan after losing to Chinese Communist Party forces in 1949. The Chinese regime considers Taiwan a province of the mainland and has tried to eliminate any references to it as an independent country.

The United States switched diplomatic recognition to the People’s Republic of China from Taiwan in 1979, but the Taiwan Relations Act, passed shortly after, provides for de facto diplomatic relations with Taiwan and provision for its self-defense needs.

By Nelson Renteria. The Epoch Times contributed to this report.