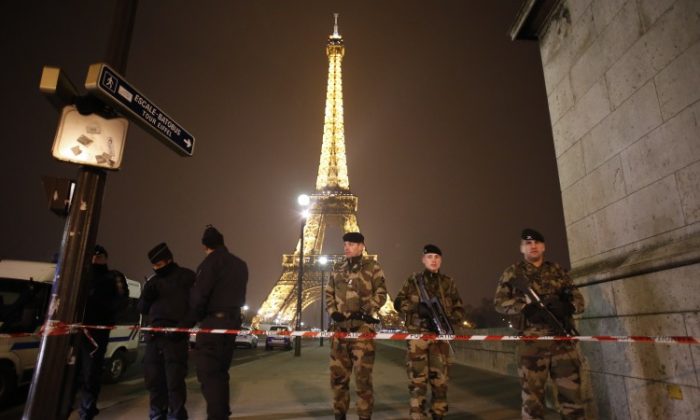 French police officers and soldiers stand guard near the Eiffel Tower in Paris on March 30, 2013. The Eiffel Tower was evacuated in the evening on March 30 after an anonymous caller announced an attack. (Thomas Coex/AFP)
Europe

The Eiffel Tower in Paris has been evacuated following a telephone bomb threat Sunday.

It is the third time the site has been evacuated this year. It was evacuated March 30 and August 9 due to bomb threats.

It was also closed June 18 for a couple of hours when someone threatened to commit suicide, according to France 24.