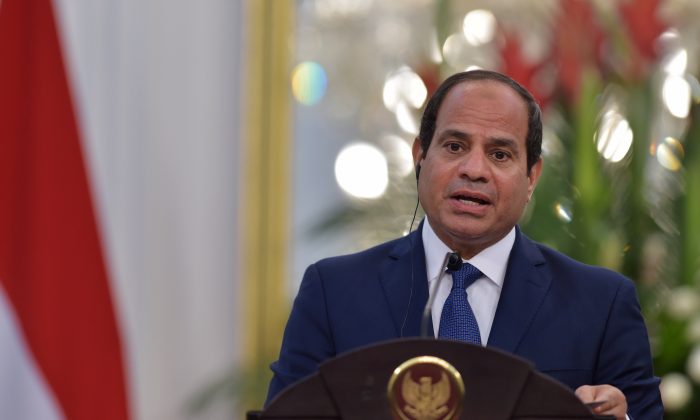 CAIRO—The Egyptian president plans to have his government introduce a value-added tax regime as part of major economic reforms, according to remarks published Monday.

The move, according to analysts, could help Egypt boost revenues and serve to bring the Mideast country’s vast informal economy into the mainstream, though it will likely be difficult to execute.Egypt’s government has been discussing implementing a VAT for years.

In an opinion piece published in The Wall Street Journal, President Abdel-Fattah el-Sissi said the VAT regime, along with a simplified tax system for small and medium-sized enterprises, will “raise revenues and bolster investment incentives by boosting growth, creating jobs and improving firms’ cash flow.”

Egypt’s economy has struggled to come back from the tumult that followed the overthrow of longtime autocrat Hosni Mubark in a 2011 uprising. El-Sissi, now one year in office, has staked his legitimacy on stabilizing the country and reviving the economy.

Egypt has launched mega-projects, including a much-hyped extension of the Suez Canal. However, an announced proposal to build a new capital city has shown little progress in finalizing plans or securing investment.

In the newspaper piece, el-Sissi said his government is aiming for a 5 percent growth during the current fiscal year, “driven by rising foreign direct investment, and the implementation of various new energy, infrastructure and agricultural reclamation projects.”

El-Sissi has also taken tough measures, including slashing fuel subsidies and amending the property tax law. He said his government has been “willing to forge ahead with the long-overdue and contentious reforms that prior governments had known were necessary but did not carry out.”

Angus Blair of investment advisory firm Signet said detractors of the VAT are concerned it will affect lower-income people the most. However, “we don’t know how broad the VAT will be, in terms of which sectors,” which will determine its impact on the poor, he added.

Other experts agree that introducing a VAT regime will be challenging but they see a benefit in bringing the country’s vast gray economy into the open.

“It also integrates the informal sector into the bigger picture, and is a step toward formalizing this informal sector and bringing it from the grey economy to the mainstream economy,” said Wael Ziada, head of research at EFG Hermes. He added that implementing a VAT regime will be challenging givenEgypt’s relatively poor infrastructure in technology and record-keeping.

At the time, IMF said the implementation of the VAT regime, combined with lower fuel and electricity subsidies “would go a long way toward improving the strength of the budget.”