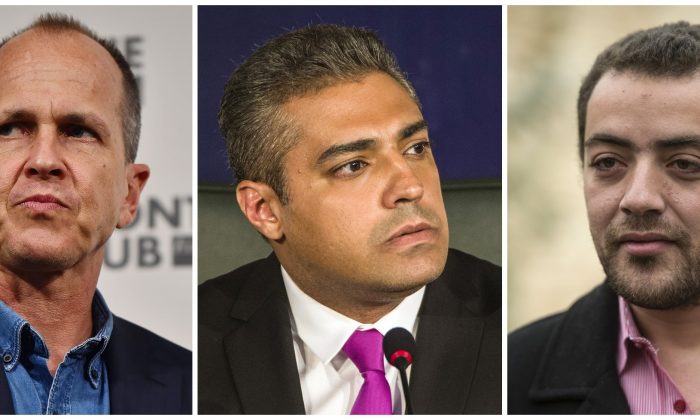 CAIRO—An Egyptian court released a detailed ruling Sunday on why it sentenced three Al-Jazeera English journalists to three years in prison for airing what it described as “false news” and biased coverage, a case long criticized by press freedom advocates and others.

“It has been proven beyond reasonable doubt that the Al-Jazeera media channel has dedicated its broadcasting to the service and support of the Muslim Brotherhood faction and that they have permanently sided with them at the expense of their media ethics,” the ruling said. “This provides enough ground for a conviction of belonging to a group based on violations of the law.”

The ruling also said the three operated without press credentials and secretly worked at the Marriott hotel in central Cairo without a permit. The journalists and the network deny the accusations. Al-Jazeera has said it will appeal.

After last weekend’s ruling, Mohammed and Fahmy were imprisoned, while Greste previously was deported.

Their long-running trial is entangled in the wider political conflict between Egypt and Qatar, where Al-Jazeera is based, following the Egyptian army’s 2013 military ouster of Islamist President Mohammed Morsi, a Brotherhood member.

Evidence presented at the trial ventured into the absurd, including music videos and footage of animals, which defense lawyers and even the judge dismissed as irrelevant. Third-party observers said no evidence proved the charges. Critics describe the case as politically motivated.

The men are seeking a pardon from President Abdel-Fattah el-Sissi, who personally expressed regret over the trial and the damage it has done to Egypt’s international reputation. He has said it would have been better to simply deport the journalists.

The case began in December 2013, when Egyptian security forces raided the hotel suite used by Al-Jazeera at the time to report from Egypt.

The journalists began using the hotel as a base of operations after the Al-Jazeera English office near Tahrir Square was raided by police. Authorities arrested Fahmy, Greste, and Mohammed, later charging them with allegedly being part of Morsi’s Muslim Brotherhood, which authorities have declared a terrorist organization, and airing falsified footage intended to damage national security.