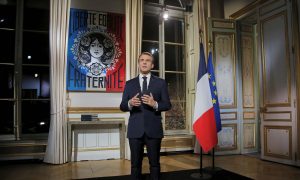 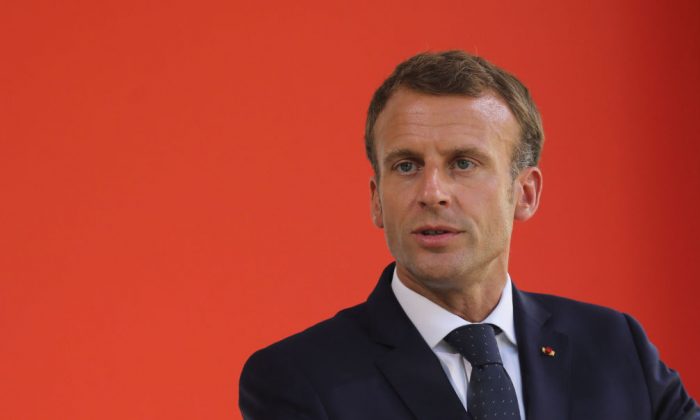 French President Emmanuel Macron delivers a speech during a national ceremony to pay tribute to the victims of terrorism, in Paris, on Sept. 19, 2018. (Ludovic Marin/AFP/Getty Images)
Africa

CAIRO—Egyptian security forces have arrested 54 people, including suspected members of the Muslim Brotherhood, for planning to hold protests and commit violence on the anniversary of the 2011 uprising, the Interior Ministry said on Jan. 29.

The ministry said in a statement that the group was directed by a Muslim Brotherhood leader based in Turkey and that money and sabotage equipment had been found in its possession.

The announcement came after security forces detained the former spokesman of an opposition alliance, the Civil Democratic Movement, in a pre-dawn raid, according to his lawyer and a member of the alliance.

The movement is a grouping of left-wing and liberal parties, including the Popular Socialist Alliance Party, the Egyptian Social Democratic Party and the Bread and Freedom Party.

The raid also came as French President Emmanuel Macron concluded a three-day state visit to Egypt, during which he highlighted concerns over human rights in the country in talks with Egyptian President Abdel Fattah al-Sisi.

Sisi, who ousted President Mohamed Mursi of the Muslim Brotherhood in 2013 and was elected president the following year, has overseen a sweeping crackdown on Islamist as well as liberal opposition.

The Brotherhood came to power in Egypt’s first modern free election in 2012, a year after long-serving autocrat Hosni Mubarak was toppled in the popular uprising. But the movement is now banned, and thousands of its supporters and much of its leadership have been jailed.

Officials link the Brotherhood to an Islamist insurgency in the Sinai peninsula and have repeatedly blamed it for attacks. The Brotherhood denies any connection to militants and says its political aims are peaceful.

“Information has become available … that escaped leaders of the (Muslim Brotherhood) were implementing a plot to create a state of chaos in the country during the months of January and February, to coincide with the anniversary of the 25 January revolution,” the Interior Ministry statement said.

It identified the Brotherhood figure behind the planned attacks as Yasser al-Omda and said he had set up an organization called Allahuma Thawra. Members of the group were planning to “cut roads, disrupt traffic, and try to spread chaos and terrify citizens”, it added.

The statement did not identify any of those arrested, but said legal measures were being taken against them in coordination with the state security prosecutor.

The Civil Democratic Movement former spokesman, Yahya Hussein Abdel Hadi, was detained in the early hours of Jan. 29 in a raid, said Khaled Dawoud, a member of the alliance. Negad al-Borai, an activist and lawyer for Abdel Hadi, also confirmed his arrest.

Abdel Hadi had been questioned in November on accusations of insulting the president, disturbing the public peace and publishing false news on Facebook, before being released on a bail of 10,000 Egyptian pounds ($570), Dawoud said.

Dawoud said it was unclear if the arrest was linked to the detention of several other opposition figures who the movement said were detained on Jan. 27 after they celebrated the Jan. 25 anniversary of the uprising.

The interior ministry did not immediately respond to a request for comment.