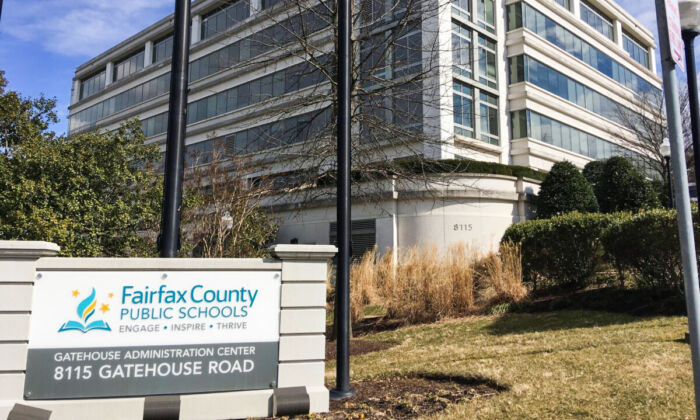 FAIRFAX COUNTY, Va.—The U.S. Department of Education (ED) concluded that Fairfax County Public Schools (FCPS), the largest school district in Virginia with over 180,000 students, failed to provide adequate education to students with disabilities during the pandemic.

In a Wednesday release, ED said that FCPS “reduced and placed limits on services and special education instruction” based on considerations other than the student’s individual learning needs and incorrectly informed staff that they didn’t have to provide compensatory services, as required by “free appropriate public education” per federal law.

In addition, FCPS also didn’t accurately track services provided to students with disabilities, according to the ED findings (pdf).

The school district also announced on Wednesday that it was going to hold evaluation meetings with all current students with disabilities and those who left or graduated during the pandemic period (April 14, 2020—June 16, 2022) to determine the number of compensatory services needed, as a part of the resolution agreement between FCPS and ED’s Office of Civil Rights (OCR).

“I am relieved that the more than 25,000 students with disabilities in Fairfax County will now receive services federal law promises to them, even during a pandemic, to ensure their equal access to education,” said Assistant Secretary for Civil Rights Catherine E. Lhamon in a statement.

ED found that FCPS provided virtual education only—usually shorter than in-person sessions, “in some cases as little as 30 to even 5 minutes per month”—to most students with stabilities between March 2020 and the end of the 2020–2021 school year.

“The problem is that we are in a crisis for staffing,” Francesca J. Baker, an FCPS speech-language pathologist, told The Epoch Times. She uses an alias for fear of losing her job. “We are in a crisis for licensed, credentialed professionals who can adequately provide services.”

She laid out what this resolution agreement meant for her and her colleagues: “So now we’re going to be pulled from providing the services to kids to attend these [evaluation] meetings, which will take an inordinate amount of time. Not to say that it’s not a good thing for us to do this, but there’s nobody to do it.”

“We are spread so thin,” said Baker, adding that each student would need at least an hour for speech disability evaluation, which usually would involve a team of educational professionals, sometimes six to seven specialists in one meeting if the case was severe.

According to Baker, teachers will also need to find out how many missing hours to provide for recovery services and document the findings for parents, which will take additional time. She said the compensatory services FCPS owes to students with disabilities would exacerbate the vicious cycle FCPS was already in—teachers were overwhelmed; teachers left; then more teachers were strained and left.

“Every year, ASHA (American Speech-Language-Hearing Association) has a convention. It’s always in November. This year, it was in New Orleans, and my supervisors went to that convention for the sole purpose of recruiting,” Baker said, adding that when special education teachers couldn’t move to Fairfax County in northern Virginia, they were offered remote teaching opportunities.

Before the ED findings, a September 2022 report (pdf) discovered that from 2016 to 2019, FCPS students with disability consistently had about 30 percent lower pass rates in the Commonwealth’s standard of learning tests than students without disabilities. The Fairfax County School Board commissioned that special education review in October 2020 and said they would finalize a plan early next year to address the report’s findings.

Beyond just students with disabilities, another study released on Thursday found that “the COVID-19 pandemic appears to have led to poorer mental health and accelerated brain aging in adolescents.” A group of scholars in the Department of Psychology at Stanford University researched the impact of the pandemic and its shutdowns—not the virus—on young people’s mental health and neurodevelopment.

“We should not have shut down schools,” said Baker. “The effects of this [COVID] virus were ten times worse than the virus itself. And nobody wants to stand up and say: ‘You know what? We messed up.’”

In response to the OCR decision, Denise Marshall, CEO of the Council of Parent Attorneys and Advocates (COPAA), a nonprofit for the legal and civil rights of students with disabilities, said in a statement: “By taking this action, OCR is demonstrating that no district can shun its obligations to students and must use the resources provided by Congress to address their educational needs.”

When ED released its “Nation’s Report Card” on fourth and eighth grades math and reading on Oct. 24, Virginia saw the sharpest decline in the nation in fourth-grade reading scores—13.6 points since 2017 and three times the national average.

At a press event in Richmond on the same day, Virginia Gov. Glenn Youngkin urged school divisions to use their remaining federal COVID recovery funds to help students learn. “Fairfax County Public Schools have $177 million left,” he called out to FCPS. Youngkin said that local school divisions would be required to submit updated spending plans for federal spending funds by Dec. 31.