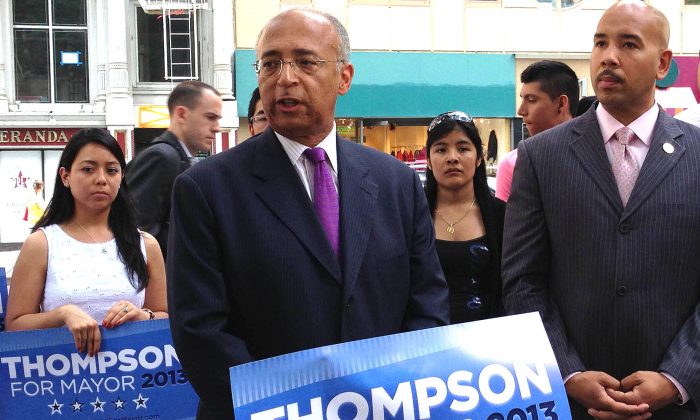 NEW YORK—Mayoral hopeful Bill Thompson said that he will advance a plan to provide college financial aid to illegal immigrants if he becomes mayor of New York City.

Thompson said that since lawmakers at the state and federal levels failed to pass versions of the DREAM (Development, Relief, and Education for Alien Minors) act, he would enact a local version of it in New York City.

Thompson’s proposal would enable illegal immigrants in New York City to receive grants of up to $5,000 per semester, similar to what the state’s Tuition Assistance Program (TAP) currently provides to certain groups of documented immigrants, lawful residents, and U.S. citizens.

The New York State version of the DREAM act would have made it legal for undocumented immigrants to apply for TAP grants, but the bill never made it to the state senate floor for a vote.