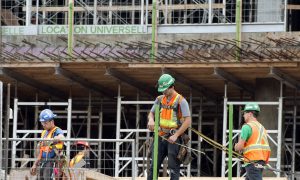 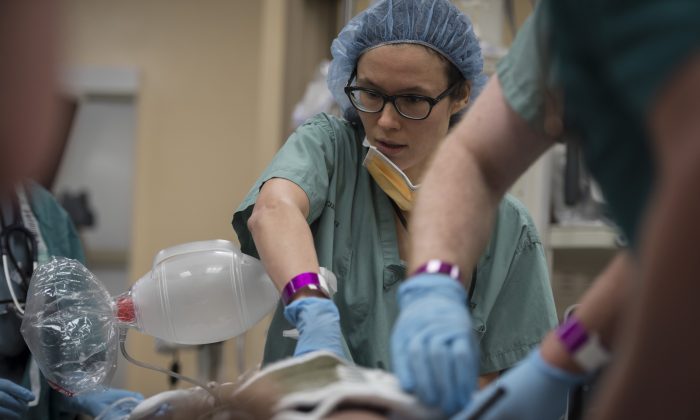 Women in Canada’s workforce are primarily responsible for the recent strength in the labour market. (The Canadian Press/Tijana Martin)
Economies

Strength in Canada’s labour market is down to educated women, while less educated men are falling behind, according to a new study by the Macdonald-Laurier Institute (MLI) that encourages policy-makers to look beyond the headline national statistics to help foster more inclusive job growth.

Stagnant wages and an increasing divide between urban and rural labour markets are other red flags identified in the report “Forgotten People and Forgotten Places: Canada’s Economic Performance in the Age of Populism.”

The knowledge-based economy is further exacerbating the difference between the fates of those who are well-educated versus those who aren’t.

Greater government redistribution of incomes through higher taxation to counter these trends will only make matters worse. The study makes the point that people want to do productive work, be a part of the economy, and not be dependent on government largesse.

“It’s a work in progress, the extent to which we can create market conditions for people of all backgrounds and people from all parts of the country to participate in the labour market,” said Sean Speer, the report’s author, in an interview. Speer is a Munk senior fellow at the MLI and was once an economic adviser to former prime minister Stephen Harper.

Growth of full-time employment for women has been faster than that for men over the past 5 years, the report noted. That’s been the case across the country, except for Nova Scotia, and the difference is most marked in the western provinces.

Canada’s labour market is less focused on manufacturing and the energy sector and more attuned to the services sector. Areas like health care and professional services are where the jobs are, and those sectors tend to have a greater gender balance that even tilts in favour of women.

With the crash in oil prices in mid-2014, the oil and gas sector is undergoing a lengthy process of recalibrating to a new reality. Loss of investment and jobs have taken a toll on the working population of men without a post-secondary education.

The Right Kind of Income

The report finds that full-time employment creation has been dominated by low-paying jobs. The weakest performance has been in the high-paying industries.

“The result is that we can have both historic progress in Canada’s employment rate and disappointing performance in market incomes,” stated the report. Market income consists of earnings from employment, investments, and retirement benefits. The report distinguishes it from government transfers, which include employment insurance, child benefits, and social assistance.

In good times, the energy sector is among the most productive and highest-paying industries in Canada. From 2000 to 2017, however, men saw little market income growth but a 10 percent increase in government transfers.

The report also notes that government dependency is higher for those living in rural areas. Since the financial crisis, employment in rural areas has declined, while it has risen in urban areas.

“Our rural communities’ biggest export is their talented people,” stated the report.

It should come as no surprise that with a post-secondary education comes greater opportunities. The schism between those who have it and those who don’t is only widening in the knowledge-based economy. Those with a bachelor’s degree or higher earn 50 percent more than someone who just has a high school education.

Speer tells the tale of his grandfather, who did not have a post-secondary education, but back in the 1950s and 60s, the market placed a lot of value in physical strength, hard work, and common sense.

“In the knowledge-based economy, the market is just valuing cognitive abilities more and more and valuing the types of skills my grandpa brought to the marketplace less and less,” Speer said.

But the oil and gas sector still values those skills, and thus it becomes a valuable outlet for employing these types of people—mostly men—who are increasingly on the outside looking in.

Speer himself admits he fell victim to thinking about the economy in a way that neglected large swaths of the public.

“Mr. Trump’s election has jolted us. It has caused us to revisit our underlying assumptions, correct our analytical mistakes, and adjust our focus to the forgotten people and places,” according to the report.