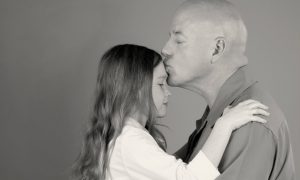 When a Dead Loved One Visits You in a Dream, Is It Real?
0
Share Now
TelegramFacebookTweetEmailTellMeWeReddit
Copy Link 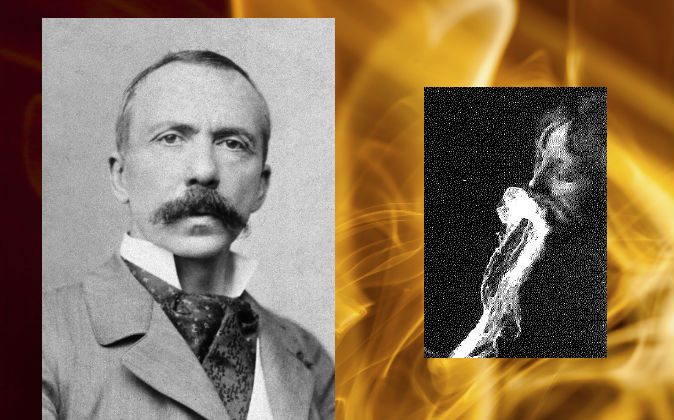 Ectoplasm isn’t an invention of the classic movie “Ghostbusters.” At the turn of the 20th century, some renowned scientists took seriously the study of excretions made by purported spiritual mediums during séances. It was thought to be a materialization of either the spirit itself, or perhaps simply a substance inherent in the human body excited by the experience of the séance.

Leading this study in 1890 was Charles Robert Richet. Richet won the Nobel Prize in Physiology or Medicine in 1913 for his research on anaphylaxis, a severe and potentially life-threatening allergic reaction.

Robert Brain, a history professor at the University of British Columbia in Canada wrote of Richet’s studies and goals in a paper titled “Materialising the Medium: Ectoplasm and the Quest for Supra-Normal Biology.” Brain said Richet “sought to distance himself from an earlier generation of lay table-turners and ghost photographers by offering new, scientific conceptualisations of the expanding range of occult and psychic phenomena that had been recently recorded.”

Richet coined the term ectoplasm for the gelatinous substance that seemed to seep from mediums. He saw it as a substance that probably all people have within them that would be excreted at times of hysteria, as he viewed mediums as hysterics. Richet described ectoplasm: “In the early stages there are always white veils and milky patches and the faces, fingers, and drawings are formed little by little in the midst of this kind of gelatinous paste that resembles moist and sticky muslin.”

Alleged emission and re-absorption of ectoplasm by a medium, observed by German physician and psychiatrist Albert Freiherr von Schrenck-Notzing in 1913.

What is said to be ectoplasm on a woman’s bare torso, just below the breasts. Ectoplasm was said to sometimes excrete from the breasts. From J. Bisson’s “Les Phénomènes de matérialisation, étude expérimentale,” 1914.

It was said that ectoplasm would be excreted often from the mouth and other natural orifices, but also from the top of the head, finger tips, and other extremities. It was described as not simply remaining in place as a lifeless substance, but moving—sometimes rapidly—over the surface of the body and organizing itself into shapes and forms.

Albert Freiherr von Schrenck-Notzing, a contemporary German physician and psychiatrist at the University of Munich, described ectoplasm thus: “Its appearance is generally announced by the presence of fluid, white and luminous flakes of a size ranging from that of a pea to that of a five-franc piece.”

German embryologist Hans Driesch saw this so-called “materialization” during séances as comparable to embryological development. He termed the form-giving ability of this ectoplasm “entelechy.” He wrote: “Think of the little material body, called an egg, and think of the enormous and very complex material body, say, an elephant, that may come out of it: here you have a permanent stream of materializations before your eyes, all of them occurring in the way of assimilation, of a spreading entelechial control.”

He also compared materialization to the process of the brain recovering from brain damage. Driesch didn’t conduct his own experiments on the substance, but spoke more from the perspective of a philosophy of biology. He became the president of the Society for Psychical Research in 1926.

Neurologist Jules Bernard Luys conducted experiments showing that the “bodies of hysterics underwent a spasmodic consumption of energy and gave off a ‘radiating neural force’ in the forms of a luminous fluid that flooded out of the bodily orifices, especially the eyes and mouth,” explained Brain. He used photographic plates held to various parts of the body to show that emotions and ideas cause emissions from the body that produce various, corresponding impressions on the plates.

Other scientists who, by the early 1920s, had studied ectoplasm included Théodore Flournoy, a professor of psychology at the University of Geneva; Cesare Lombroso, an Italian criminologist and physician; and Oliver Lodge, a British physicist.

Brain explained in his paper that at the turn of the century, many discoveries were made possible by the use of new measurement instruments. Such devices had detected for the first time electromagnetic waves, X-rays, wireless waves, and more. The climate of that period included an excitement about the possibility of measuring hitherto unknown substances—and séances were in full fashion, with a plethora of devices crowding the dimly lit rooms.

“The convergence of instrumentation and spiritualism occurred just as a welter of startling new findings in physics suggested a vast and unexplored world of unseen forces,” Brain said.

Séances and physical mediums fell out of fashion, and interest in ectoplasm dwindled after some mediums had supposedly been exposed as faking the ectoplasmic emissions. Some purported mediums today, however, still say they emit ectoplasm.

While the scientists of the late 19th century and early 20th century had studied ectoplasm by on-site observation and through photographing it, it seems genuine samples that could be tested in a lab remained elusive. The substance is said to be sensitive to stimuli, to be easily disturbed. It is said to dematerialize at the end of a séance.

For example, journalist Montague Keen attended a modern-day séance before which he was instructed not to make any moves toward the ectoplasm; those conducting the séance explained to him “the dangers to which the medium was exposed should anyone make an unauthorised grab at any ectoplasmic extension.”

Keen wrote about his experience in an article for SurvivalAfterDeath.org. He’d been invited to inspect the room beforehand and to inspect the ties that held the medium’s hands and legs down so no sleight-of-hand could produce fake ectoplasm.

The medium, David Thompson, appeared to emit the substance and his body was allegedly used by a spirit to speak. The spirit said it partially materialized in the ectoplasm, which it used also to coat Thompson’s voice box and control his voice.

After the séance, Keen was told that the ectoplasm had dematerialized and “it was dangerous when the ectoplasm was out of the medium.”

The spirit had purportedly said through Thompson, “Of course, there will always be those whom you cannot prove to them no matter what you do. Within your field you will always have those who believe or wish to believe, and those who do not. This is a fact of life.”