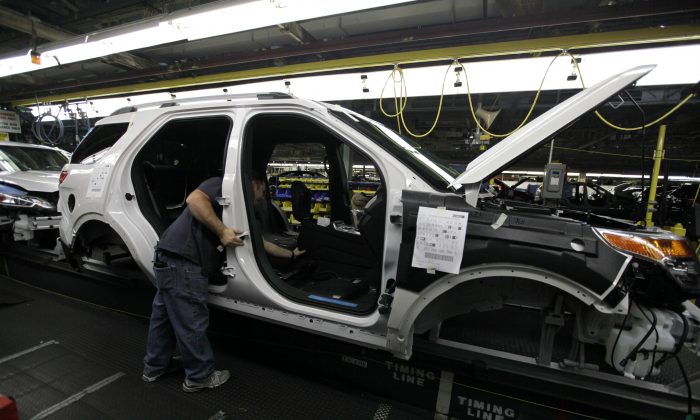 NEW YORK—Many business economists expect modest economic growth for the rest of the year, with only a small percentage taking a more bullish outlook, according to a new survey.

Four-fifths of the experts surveyed by the National Association of Business Economics expect fourth-quarter growth of at least 2 percent. But only 7 percent predicted growth will top 3 percent, down from the 16 percent who held that optimistic view in July.

Expectations are declining for fourth-quarter wages and employment, said Jim Diffley, senior director at consulting firm IHS Inc. and chairman of the survey.

Only 29 percent of those surveyed expect their company to add jobs in the next three months, the lowest rate this year, according to the survey released Monday. But half of the economists said their firms had trouble filling some jobs, and one-third continued to say their companies face a shortage of skilled workers.

On pay, 44 percent expect their companies to boost wages, the weakest outlook since a survey one year ago. In the last quarter, a third of the firms in the survey raised pay, down from more than 40 percent in each of the previous two quarters.

Most of the economists said the slowdown in China’s growth and the strong U.S. dollar aren’t affecting their companies. Lower oil prices have helped nearly one-third of the companies and hurt about one-fifth.

The group split on whether an interest-rate hike by the Federal Reserve would make much difference to their companies.

Slightly more than half said sales rose at their companies in the third quarter and expect sales to grow again in the fourth quarter. Profit margins shrank at 22 percent of the companies and grew at 29 percent. In the group’s July survey, margins narrowed at only 14 percent of companies while they grew at 32 percent.