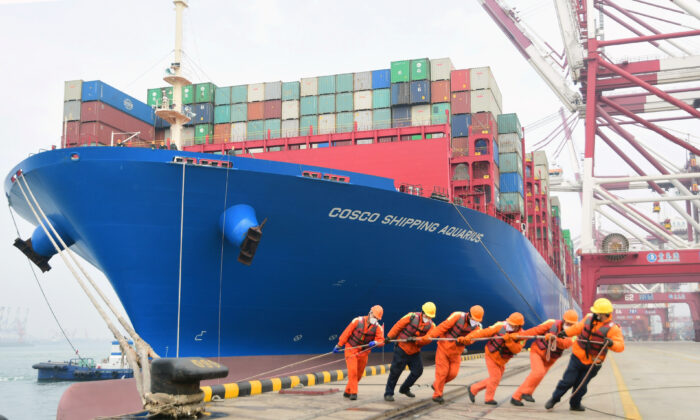 The effects of the coronavirus outbreak are likely to reverberate beyond China as most major economies in the region are expected to either slow down significantly, halt or shrink outright in the current quarter, Reuters polls found.

Many Asian economies, which were just limping back to growth from the spillover effects of the 18-month long U.S.-China trade dispute, were again dealt a blow by the outbreak, which has shut down businesses and cities.

With the contagion interrupting global supply chains that most countries depend on for trade and commerce, economic activity is likely to slow, but at varying degrees.

Forecasts from economists collected on Feb. 19-25 showed that Australia, South Korea, Taiwan, Singapore and Thailand are all expected to put in their worst performance in years in the first quarter. Only Indonesia was expected to remain relatively unscathed.

That comes on the heels of a similar Reuters poll published a little over a week ago, which found the Chinese economy will grow at its slowest pace in the current quarter since the financial crisis, with a worst-case scenario showing it at 3.5 percent, nearly half of the 6.0 percent reported in the fourth quarter of 2019.

“The base case is rapidly shifting from ‘Bad’, meaning only China is impacted, to ‘Ugly’, where both emerging Asia and developed economies see soaring infection rates and deaths,” said Michael Every, head of financial markets research for Asia-Pacific at Rabobank in Hong Kong.

“Its effects will likely resemble the global financial crisis of 2008-2009 more than the SARS outbreak in 2003,” he said, referring to the economic impact.

That fear in financial markets was clear on Feb. 24, when world stocks took a nosedive to a two-year low as a surge in virus infections outside mainland China fueled fears of a global pandemic.

Proximity to the region’s economic powerhouse and trade relations mean any impact from a slowdown in the world’s second-largest economy is likely to be felt across the region.

While a bounce back in the next quarter is expected for most major Asian economies polled, growth for this year is likely to be lower than predicted just last month, suggesting some activity would be permanently lost.

More than three-quarters of economists, 57 of 77, who answered an additional question also expect growth across these other Asian economies to pick up in the second quarter.

While South Korea was the hardest hit by the virus outside of China, its impact on the economy so far seems modest, according to forecasters who expect it to grow 2.1 percent in the first quarter, down only 0.4 percentage point from a January Reuters poll.

Singapore, a port city and a major trade partner with China, is expected to contract 0.6 percent in the present quarter, a first since the 2009 recession after the global financial crisis.

“The impact of the coronavirus on economies in Asia is potentially huge, as tourism in the region takes a beating. From deserted hotels to empty airports, the impact of this little scrap of protein and lipid on economies in the region is potentially enormous,” said Robert Carnell, chief economist and head of research for Asia-Pacific at ING in Singapore.

“If this doesn’t sound sufficiently scary, bear in mind that tourism is just one of the channels through which the coronavirus can weaken the GDP growth of Asian countries grappling with this epidemic.”

Thailand’s and Taiwan’s economies are forecast to expand at a paltry 0.2 percent and 1.3 percent in the current quarter, the lowest in nearly half a decade.

Australia’s economy, a proxy for Chinese economic growth, is forecast to grind to a halt in the current quarter, ending the country’s near three-decade growth streak which started in 1991.

“This (the virus outbreak) can be hurtful to growth in several countries beyond just the negative spillovers from China. A sharp rise in infections reported by several countries raises concerns of a deeper hit to these countries and also global growth,” said Johanna Chua, emerging markets Asia economist at Citi in Hong Kong.

But if the grim outlook doesn’t improve, under a worst-case scenario, economists expect growth in all countries polled to drop further by 0.5 percentage point to one full percentage point.

Singapore is forecast to be the worst affected from the fallout, with growth dropping by more than 1 percentage point for 2020. The least impact would be on Indonesia, which is expected to grow 4.7 percent this year.

By Hari Kishan and Vivek Mishra