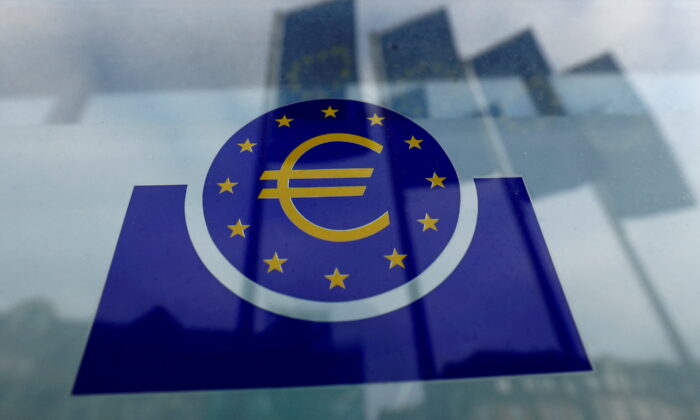 ECB Has Room for 2–3 Rate Hikes This Year, Says Kazaks

FRANKFURT—The European Central Bank should raise interest rates soon and has room for up to three hikes this year, ECB policymaker Martins Kazaks told Reuters, joining a chorus of policymakers calling for a swift exit from stimulus.

The ECB has been rolling back support at a glacial pace for months but a surge in inflation to nearly four times the ECB’s 2 percent target is intensifying calls to finally end a nearly decade-long foray into ultra-easy monetary policy.

“A rate rise in July is possible and reasonable,” Kazaks, who is Latvia’s central bank governor, said in an interview. “Markets are pricing two or three 25 basis point steps by the end of the year. I have no reason to object to this, it’s quite a reasonable view to take.”

“Whether it happens in July or September is not dramatically different, but I think July would be a better option,” he said.

Kazaks said that as part of normalisation, the ECB should eventually raise interest rates to the neutral rate, at which the central bank is neither stimulating nor holding back growth.

Various estimates put this rate at 1 percent to 1.5 percent, Kazaks said, well above the current minus 0.5 percent deposit rate and its main refinancing rate, stuck at zero.

Kazaks added that initially the ECB should raise rates by 25 basis points but this increment is not carved in stone. He also said there was no particular reason the central bank should stop once it gets back to zero, even if that is a psychological threshold.

The ECB has so far guided markets for a rate rise only “some time” after its bond purchase scheme, commonly known as quantitative easing, ends in the third quarter.

But this formulation is too vague and a large chunk of the rate-setting Governing Council is pushing for an end to the bond buys at the start of the third quarter, so rates could possibly rise in July. [L8N2WM08Y]

“Ending the Asset Purchases Programme in early July is appropriate,” Kazaks said. “The APP has fulfilled its purpose so it’s not necessary anymore.”

Part of the urgency is that inflation expectations have started to move above the ECB’s target, a warning sign that investors and businesses are starting to doubt the ECB’s resolve and ability to hit its target further out.

But the central bank has been cautious as inflation undershot its target for nearly a decade and dealing with excessive price growth is a relatively new phenomenon.

“I don’t think (de-anchoring) has happened yet, but the risks are there. That’s why I think a rate hike relatively soon is needed,” he said.

The ECB will next meet on June 9 where policymakers are expected to put a firm end date on bond buys and provide clearer guidance on interest rates.

For the full text of the interview, click on: