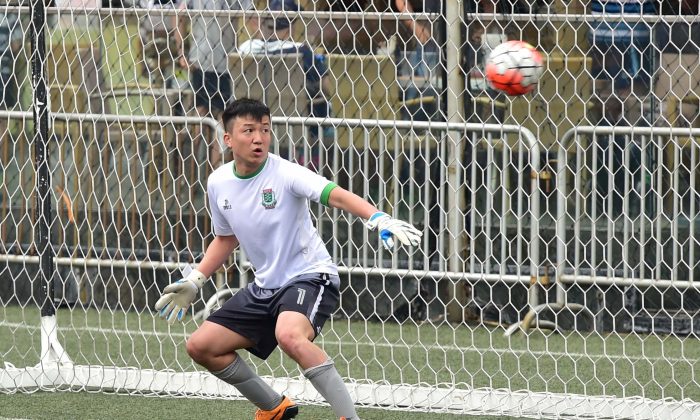 HONG KONG—This week saw the return of the BOC Life HKFA Premier League, starting with Friday’s (April 21) game at Mongkok Stadium between Eastern Long Lions and Kwoon Chung Southern, where Kwoon Chung Southern struck the opener before league leaders fought back with three goals to ensure another 3 points. Kwoon Chun Southern opened the scoring in the 26th minute when James Ha capitalised on a miss hit back-pass to score past goalkeeper Yapp Hung-fai. Eastern Long Lions replied in the 34th minute with an equaliser from Michel Lugo after Ju Yingzhi had helped on Tse Man-wing’s cross, and then took the led in the 45th minute when Michel Lugo collected his brace when forcing the ball home once Diego Moreira had flicked on Ju Yingzhi’s cross. Eastern Long Lions wrapped up the game with a third goal in a 3-1 victory when Ju Yingzhi released Manuel Rodriguez in the 51st minute to go on and score.

In Saturday’s (April 22) first game KMB Yuen Long prevailed 4-nil against R&F at Yuen Long Stadium with Aleksander Randelovic scoring after Carlos Bertoldi’s effort had been saved in the 44th minute, Diego Higino adding a second in the 79th minute from Chan Hin-kwong’s cross, and late goals were provided by  Lau Ka-ming and Diego Higino.

In Saturday’s late game at Mongkok Stadium, Hong Kong Pegasus took on HKFC, and won 5-nil courtesy of goals from an Eduardo Pares penalty kick, Dhiego Martins, Christin Annan, and a brace from Jordan Lam late in the match.

In Sunday’s (Apr 23) game at Sham Shui Po Sports Ground, Lee Man Rangers faced BC Glory Sky, and won an entertaining game 5-2. Everton Camargo opened the scoring in the 1st minute for BC Glory Sky, with Le Man Rangers equalising in the 2nd minute through Jorge Tarres, and then going ahead in the 6th minute when Denis Lima headed in Cheung Kin-fung’s cross, before Everton Camargo collected his brace and BC Glory Sky’s equaliser in the 27th minute. However, Lee Man Rangers added a 35th minute goal from Ip Chung-long, a 77th minute finish from Jorge Tarres, and then a fifth from Ip Chung-long for his brace.

Eastern Long Lions lead the table with 49 points from 19 games, with Kitchee second with 48 points from the same matches. HKFC finish their season bottom of the table on 6 points from 20 matches. The HK Premier League title decider between Eastern |and Kitchee is currently slated for May 6 at Mongkok Stadium.

In the first division Kwun Tong were 2-1 victors over Metro Gallery, Wong Tai Sin were 8-1 winners against Wanchai, Shatin won 3-1 against Citizen, Easyknit Property were beaten 2-1 by Yau Tsim Mong, Sun Hei were 5-2 winners against Tung Sing, Eastern District against Double Flower was abandoned, and Resource Capital FC were 5-3 victors over Kwai Tsing.


Albion lead the first division with 49 points from 19 matches, with Wanderers second with 48 points, and Colts third with 43 points from the same games. The Champions will be decided after this weekend’s games at Sports Road.

In the second division, ANP were 3-1 victors over GGFC, HKU 70’s were beaten 4-1 by CSOB, Hearts FC won 2-nil against White Youth FC, Azzurri were 6-2 winners against WYFC06, and Carnegies Boca Seniors won 6-nil against Grasshoppers.

Azzurri lead the second division with 53 points from 21 matches, with Carnegies Boca Seniors second with 51 points from the same games.

In the third division Darts drew 2-all with HKSS, Yan Po drew 1-all with Scorpions, Antonhill won 7-1 against Outward Bound, HOB were 2-nil victors over Power 22, University were 7-1 winners against Friends of  Barclays, and Maccabi HK won 4-1 against Goal Visio.

Maccabi HK lead the third division with 56 points from 22 matches, with Antonhill second with 53 points from the 21 matches.

In the fourth division, Skyline were 1-nil victors over Gurkha International, Corinthians were

Corinthians lead the division with 47 points from 20 matches, with Green Cypress second with 41 points from 19 matches.