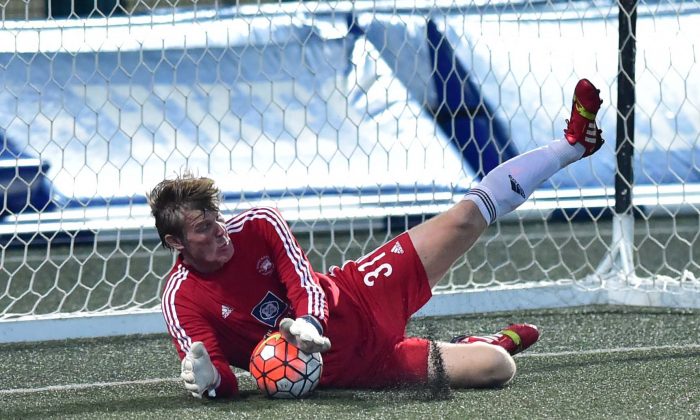 There was only one game on Saturday Mar 4, KMB Yuen Long took on Kitchee at Yuen Long Stadium, with Alessandro Leonardo opening the scoring for Kitchee in the 16th minute, heading in Fernando Pedreira’s cross.  Leonardo completed his brace with a header from Lam Zhi-gin’s cross, following a short corner. Jared Lum doubled Kitchee’s lead with his own brace, first shooting after receiving a pass from Alessandro Leonardo, the shot being parried onto the post and into the net by goalkeeper Pang Tsz-kin in the 65th minute, and then an 88th minute conversion after receiving the ball from Rufino Segovia. KMB Yuen Long grabbed a consolation in time added on through a spectacular strike from Aleksander Randelovic.

The later game saw Wo Foo Tai Po play HKFC at Tai Po Sports Ground. Wo Foo Tai Po had a slight edge in the first half which ended at nil-all, but HKFC caused a surprise early in the second half by taking a 52nd minute lead when Robbie Bacon finished from a left wing cross, and then doubled their lead in the 65th minute when Frederick Schipper fired home the rebound from a save by goalkeeper Paulo Cesar. Wo Foo Tai Po looked to get back into the game and had the ideal chance in the 80th minute when Manoel Santos was brought down in the penalty box, but Lucas da Silva missed from the penalty spot. Although Wo Foo Tai Po, scored a goal in time added on when David Zana headed in Lee Ka-yiu’s cross, HKFC won their second game of the season to lift them above BC Glory Sky at the foot of the table.

Sun Hei lead the table with 48 points from 18 games with Wong Tai Sin second with 47 points from the same matches, and Easyknit Property third with 36 points from 16 matches.

In the resumption of league fixtures, the first division saw Wanderers 8-nil victors over Colloids FC, French Kiss were 3-1 winners against KCC Dragons, Squadron won 2-1 against Baker Tilly Spartans, Albion were 3-nil victors over Colts in the Sports Road derby, and KCC Knights won 4-2 against Swiss XI, with Colts having won their game in hand on Wednesday night 4-nil against KCC Knights..

Carnegies Boca Seniors lead the division with 42 points from 18 matches, with Azzurri second with 41 points from 17 matches.

Corinthians lead the table with 38 points from 16 matches, with Green Cypress second with 34 points from 15 matches.