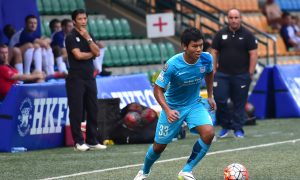 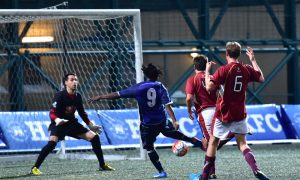 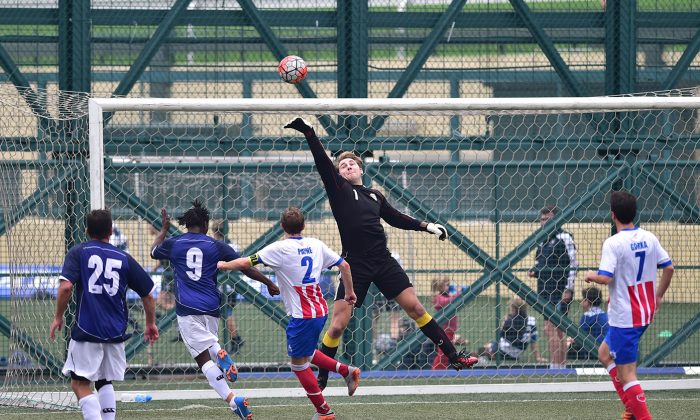 Saturday (Jan 9, 2016) saw Kitchee take on Hong Kong Pegasus at Mongkok Stadium in the first of another round of BOCG Life HKFA Premier League matches. Kitchee won the game 2-nil courtesy of a 64th minute goal from Fernando Pedreira when he finished from a Jorge Tarres pass, and an 8st minute strike from Alexader Akande from a Jorge Tarres cross.

In Sunday’s (Jan 10) first game, Glory Sky Wong Tai Sin took on Yuen Long at Hammer Hill Road Sports Ground, a game that ended in a 1-all draw. Yuen Long took the lead in the 25th minute when Ip Chung-long’s corner kick curled directly into the net, and Glory Sky Wong Tai Sin equalised in the 48th minute when Zhang Jun’s free kick eluded all of the players in the penalty box to bounce before entering the net without being touched.

Sunday’s other game featured the top of the table clash between Eastern and South China at Mongkok Stadium. Eastern took the lead in the 24th minute when a free kick was headed goal wards by Giovane Da Silva only to see it blocked by South China goalkeeper Christian Mora. However, Da Silva was quick to react and converted the rebound to score, and then added his second in the 34th minute when he converted from Xu Deshuai’s cross to take a 2-nil lead into the half time break. Eastern quickly added a third in the 50th minute when Diego Moreira headed in Dashuai’s corner kick to control the game, South China scoring a late consolation in stoppage time through Chan Siu-ki.

With 7-rounds completed Eastern lead with 19-points, South China are second on 15-points and Kitchee are third on 14-points.

The Yau Yee League returned to a round of league matches. In the first division, Albion were 3-nil winners over The Store House Squadron, USRC drew nil-all with HKU70’s, GAS won 6-nil against HKDC Mobsters, Colts were 2-1 victors over KCC Dragons, and Baker Tilly Spartans were 5-2 winners against Swiss XI.

GAS lead the table after round 12 with 31 points, with Albion second with 25 points, and KCC Dragons and Wanderers joint third with 23 points, though Wanderers have a game in hand on the other teams.

In the second division, IES beat Antonhill 2-1, French Kiss were 4-2 winners against Azzrurri, Boca Seniors drew 2-all with GGFC, Colloids FC won 2-nil against WYFC06, and The Store House Hearts were 3-1 victors over University.

Dynamo lead the table with 28 points from 13 games, with ANP second with 27 points, Yan Po third with 26 points, Goal Visio fourth with 24 points, and Grasshoppers fifth with 23 points, all from the same games

In the fourth division, Friends of Barclays drew 3-all with Darts, Scorpions were 1-nil victors over Skyline, Rising Sun won 1-nil against Bapcoll, Outward Bound were 2-1 winners against WYFC84, Hung Art were 5-1 victors over Standard Chartered, and Maccabi HK won 2-nil against Power 22.

Maccabi HK lead the table with 34 points from 13 games, with Friends of Barclays second with 33 points from the same games.