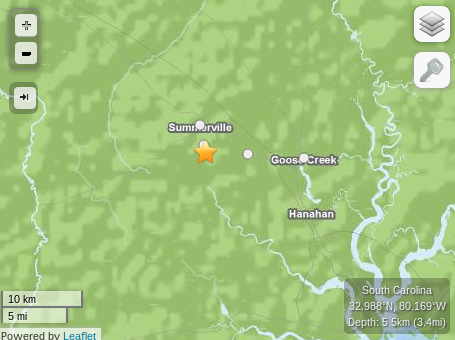 It hit at a shallow depth, 3.4 miles, according to the U.S. Geological Service.

Residents in both Centerville and Summerville took to Twitter to say that they felt the quake.

“Sounded like a bulldozer hit the house & the chandelier was swaying!” said Amanda Badgett from Summerville.