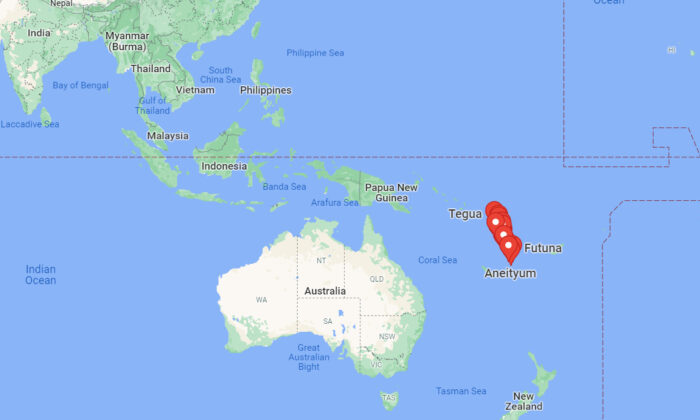 A screenshot shows Vanuatu islands in the South Pacific, where a notable earthquake of magnitude 6.8 struck the region, on Oct. 09, 2021. (Google Maps/Screenhsot via The Epoch Times)
International

Earthquake of Magnitude 7.2 Near Vanuatu, No Tsunami Warning

A powerful earthquake of magnitude 7.2 struck near the Vanuatu islands in the South Pacific on Saturday, the European Mediterranean Seismological Centre said.

No tsunami warning was issued due to the depth of the quake, said the U.S. Tsunami Warning Center in Hawaii.

There were no immediate reports of any injuries or damages from the earthquake.