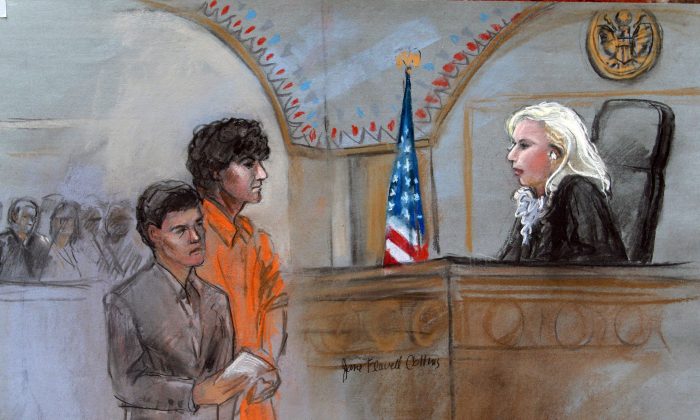 A transcript of a surgeon’s testimony detailing the injuries sustained by Dzhokhar Tsarnaev, Boston Marathon bomber, during his capture was unsealed on Monday. The Boston Globe cites the testimony of Dr. Stephen Ray Odom, who treated Tsarnaev at Beth Israel Deaconess Medical Center. The testimony was given three days after Tsarnaev was admitted to the hospital.

“He has multiple gunshot wounds, the most severe of which appears to have entered through the left side inside of his mouth and exited the left face, lower face,” Odom said.

“This was a high-powered injury that has resulted in skull-base fracture, with injuries to the middle ear, the skull base, the lateral portion of his C1 vertebrae, with a significant soft-tissue injury, as well as injury to the pharynx, the mouth, and a small vascular injury that’s been treated.” The suspected bomber, 19, was treated with the pain medication Dilaudid.

Tsarnaev was aware and mentally functioning. Odom said he “definitely knows where he is.”

Tsarnaev was arrested April 19 after he was found hiding in a boat in a Boston yard. He had hid himself away during a shootout with police in which his brother and suspected partner in the bombing, Tamerlan Tsarnaev, was killed.