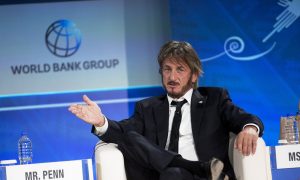 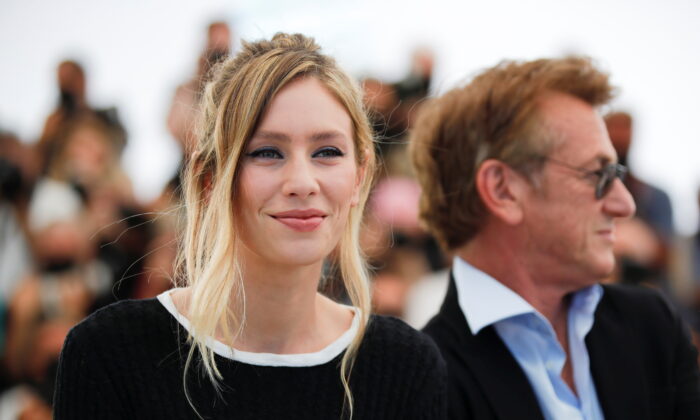 LONDON—Dylan Penn, daughter of Hollywood heavyweights Sean Penn and Robin Wright, says she initially turned down the chance to star in her father’s new film “Flag Day”—her first major movie role—but its lengthy production let her mature into the part.

Based on Jennifer Vogel’s memoir “Flim-Flam Man,” the film centres around her relationship with her father John, a petty criminal turned counterfeiter.

Penn first read Vogel’s book as a teenager and at the time firmly rejected her father’s offer of the lead role.

“And then, 15 years later, I think after having real life experience I felt like ‘OK, I can draw from my life, reference my experiences and maybe color this character a little bit more’.”

“Flag Day” sees John Vogel starting ambiguous business projects and stumbling in and out of the lives of his children. Interspersed with flashbacks to Jennifer’s childhood, the film tries to peel back her deep-rooted admiration for her father, while recalling the exuberant show he would put on for the July 4 holiday, or Flag Day—his birthday.

Like its subject matter, the movie is a family affair. Penn’s real-life brother Hopper plays Jennifer’s brother Nick and their father directs and stars as John Vogel.

“It’s the first time I’ve worked with both of them, my brother and my dad, and I just had so much fun playing with them.

“We really used the script as more of a guide than anything else. There was a lot of room to improvise and ad-lib and I think that makes for a more interesting movie.”

The film does not get into detail about Vogel’s illicit affairs, but focuses on the impact his absence has on his family and Jennifer’s transformation from an angsty teen into a respected journalist.

For Penn, Jennifer’s ability to forge her own way in life resonated with her own ambitions.

“I carry this name and I know that I’ll always be associated with my parents,” said. “Especially because I’m now in the same business, it makes me feel even more the need to be independent from that and to have my own identity is really important and crucial.”