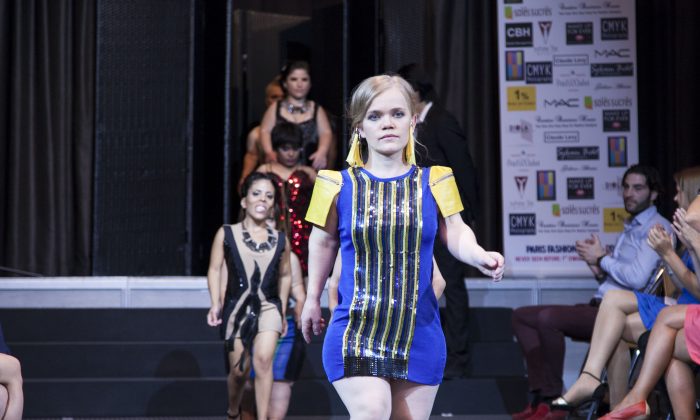 Fashion shows are traditionally put on by tall and thin models. But in one case in Dubai, a group of dwarf women are changing the norm. They are hitting the catwalk to highlight the need for the fashion industry to cater to people with dwarfism.

The International Dwarf Fashion Show has been running since 2014, but this is the first time they have come to the Middle East as part of their world tour.

While the fashion industry tries to break appearance and size stereotypes, the presence of an International Dwarf Fashion Show becomes certainly essential.

By touring and visiting the most prominent fashion events in the world, including Paris and New York Fashion Weeks, the organization is trying to send a message that fashion is for everyone, not only those with a certain appearance.

The founder of the show, Maryam Shalek, said, “I have been working in the fashion industry in the past year so when you’re dealing with models and designers, they are always asking you for tall and skinny, right, so it’s always the same thing. So we realized that there is a real lack in the fashion industry, which is very discriminatory towards people that are not tall and skinny and you know when you look at a fashion show, people are not that way. I don’t recognize myself in models.”

The show hosts “little models” from across the globe who want to participate in sending a message of tolerance and diversity.

Models that participate in the show are no taller than 4 feet and come from the United States, Italy, Russia and many more countries, something that adds to the diversity of the show.

“What the team is doing is to raise awareness about dwarfism and with this show, we want to introduce dwarf women in the fashion world and so we need also dresses and we want to be part of this show, that’s why I’m here,” said Maximiliana Sancheva, an Italian model participating in the show for her first time.

The idea came to Shalek when she was shopping in a store and saw a “little woman” shopping in the children’s section, expressing frustration at the lack of options she could find.

The International Dwarf Fashion Show faced complications setting up the event, with Arab Fashion Week organizers denying that the show would take place as part of their program.

Despite the controversy the show caused in Dubai, and the conflicting reports that it has been canceled, the organizers went through with it, albeit with difficulty.

“This here is working right, it’s very hard because people are very reluctant, especially when you go overseas. The United States, you know it has been accepted. Europe is the same thing. This show actually has been the hardest to produce, the hardest literally. We got dropped at the last minute by sponsors so it was just devastating, the night before we were flying to Dubai. So hopefully you know, this is going to open people’s minds here and see that little people are just people right; individuals just like you and I. They have jobs, they have kids, they have families. They’re just differently able, that’s it,” said Maryam Shalek.

The show however, took place at the Dubai Miracle Gardens—a tourist hotspot where some of the most beautiful flowers are put on display in an intricate and creative space.