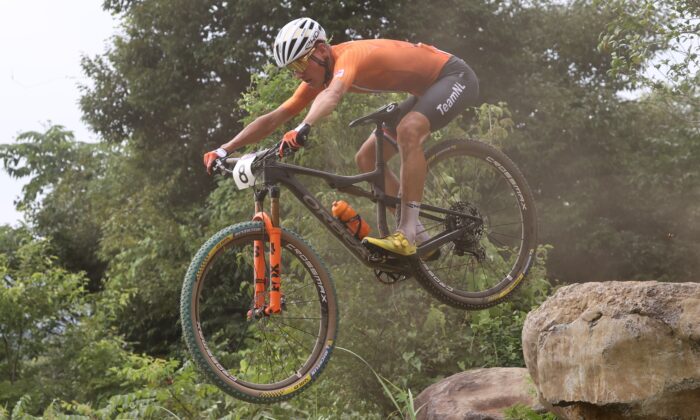 Milan Vader of the Netherlands in action during the men's cross-country race on day three of the Tokyo 2020 Olympic Games at Izu Mountain Bike Course in Izu, Shizuoka, Japan, on July 26, 2021. (Christian Hartmann/Reuters)
Sports

Dutch Rider Vader to Stay in Hospital After Crash

Dutch rider Milan Vader, who suffered a life-threatening crash at the Tour of the Basque country on Friday, will remain under observation in hospital, his team said on Saturday.

The 26-year-old crashed during a descent in the fifth stage and was put into an induced coma, Dutch media reported.

The Jumbo-Visma team did not elaborate on his condition in a statement released on Saturday after the sixth stage.

“Milan will remain in the University Medical Hospital in Bilbao for the next days for observation and further recovery,” the Dutch team said.

“If there is news, we will come back to you again.”