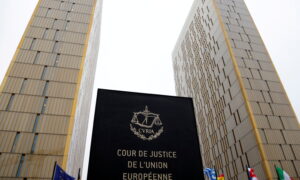 The Dutch royal family announced on its website Monday that Prince Johan Frisco died at the age of 44. He had sustained a brain injury in a skiing accident in February 2012, and died as a result of complications related to the injury.

After more than a year in hospitals—mostly in the Wellington hospital in London where he lived—he was transferred to the Palace Huis ten Bosch in The Hague, the Netherlands in July, and that is where he died.

The statement reads: “The Royal family wholeheartedly thanks all persons who have looked after Prince Friso for their excellent and devoted care.”

Prince Frisco was brother to Willem-Alexander, the king of the Netherlands.

In 2004, Prince Frisco gave up his right to the throne for love; he married human rights activist Mabel Wisse Smit without the approval of the Dutch government.