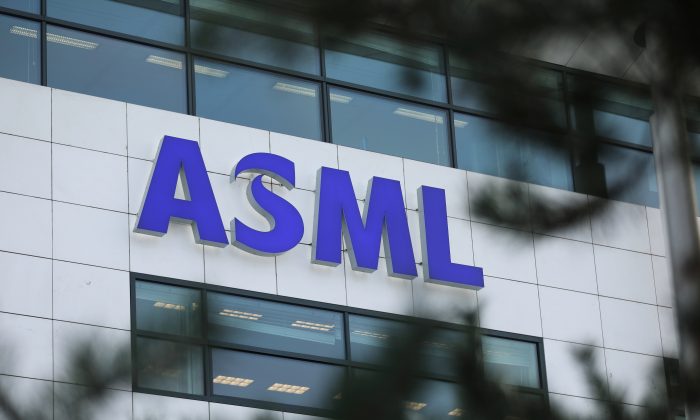 Dutch chipmaker ASML had its trade secrets stolen by employees who passed them onto its Chinese competitor XTAL Inc., a company with links to the Chinese regime, according to an April 11 report by Dutch newspaper Financieele Dagblad (FD).

The theft, which occurred in 2015 and has been confirmed by ASML, was the subject of a California court case, which resulted in XTAL being ordered to pay $223 million in damages to ASML in late 2018. XTAL filed for bankruptcy shortly afterward.

ASML is the leading maker of lithography systems, used to trace the circularity of semiconductor chips. Such chips are used to power nearly every electronic device.

According to FD, the theft was orchestrated by XTAL and committed by high-level research and development employees at ASML’s Silicon Valley software subsidiary. The employees transferred source code, software, and pricing strategies onto thumb drives and passed them on to XTAL. Court documents showed that six former employees were involved, all of whom had Chinese names.

FD reported that XTAL, which makes electrical design automation for semiconductor systems, is a subsidiary of the China-based Dongfang Jingyuan, which has links to China’s Ministry of Science and Technology. Meanwhile, Dongfang Jingyuan receives state support to bolster China’s domestic chipmaking industry, according to a confidential company report obtained by FD.

The Dutch company, however, has denied links between the theft and the Chinese regime, saying in a statement that “some of the individuals [involved] happened to be Chinese nationals.”

The company also said that XTAL’s funding came from “South Korea and China,” and that the theft aimed to create a competing product and sell it to an existing ASML customer in South Korea. It added that the company has since taken action to guard against this kind of intellectual property theft.

ASML confirmed that it was awarded $223 million in damages in 2018, but added that it was unclear how much could be recovered from the now bankrupt XTAL.

Asked for its response on the ASML case, an intelligence agency representative said they could not comment on individual cases.

“In a broader sense, the greatest threat of economic espionage comes from China,” the representative said in an email to Reuters. “The Netherlands is an attractive target, other countries are interested in our information in science and technical expertise.”

The revelations come on the heels of the EU-China Summit on April 9, in which Beijing pledged that it would no longer force European companies to transfer intellectual property as a condition for doing business in China.

However, other forms of intellectual property (IP) theft, including cyber hacking and human espionage, were not addressed in the summit’s final communique.

Meanwhile, the United States has stepped up efforts to clamp down on Chinese economic espionage.

In December 2018, the U.S. Department of Justice (DOJ) indicted two Chinese hackers for stealing IP and business data from companies around the world. The hackers were working for China’s chief intelligence agency, the Ministry of State Security, the DOJ said, and targeted companies from an array of industries—many that the Chinese regime wants to aggressively develop under an ambitious industrial plan known as “Made in China 2025.”