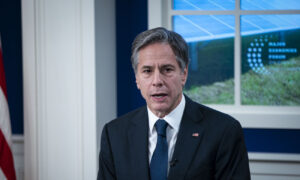 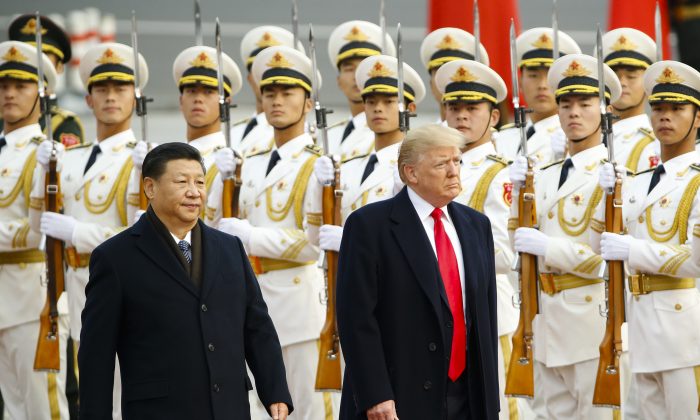 Recently, three major events occurred amid the trade war truce between China and the United States that point to key issues in trade negotiations and intellectual property rights.

China’s Huawei CFO Meng Wanzhou was arrested in Vancouver on Dec. 1 at the request of U.S. authorities, and could be extradited back to the United States. Beijing’s response was to detain two Canadians—Michael Kovrig and Michael Spavor—on accusations of endangering Chinese national security. Zhang Shoucheng—a physicist and professor at Stanford University in the U.S.—committed suicide on the same day that Meng was arrested.

Theft of  intellectual property is a sensitive topic. Chinese spies were arrested by the United States in the past year or so on accusations of economic espionage. There are some indications that the focus of the Sino-U.S. trade war is no longer on tariffs, but on the infringement of intellectual property rights.

Highlights of the Latest Revision of the US Special 301 Report

The focus of the Special 301 Report this year is technology transfer and intellectual property rights protection. Unlike previous years, the content of this report is being constantly revised in response to changes in the Sino-U.S. trade war. In its latest revision released on November 20, the United States believes that “China fundamentally has not altered its acts, policies, and practices related to technology transfer, intellectual property, and innovation, and indeed appears to have taken further unreasonable actions in recent months.”

1. The impact of the Chinese government’s policies on China’s foreign direct investment.

The U.S. trade representative reviewed hundreds of reported transactions in the following technology-intensive industries: aviation; integrated circuits; information technology; biotechnology; industrial machinery; renewable energy; automobile. It concluded that evidence proved the policies and measures of the Chinese regime had a major impact on investment in each technology-intensive industry studied. At multiple levels of government—central, regional and local—the Chinese regime has guided and promoted the acquisition of U.S. companies and assets of these industries.

The report lists the names of over ten Chinese companies which include Tsinghua University, China Telecommunications Corporation, Fujian Jinhua Integrated Circuit Co., Ltd, and China Southern Airlines. Each company was classified into the categories of state-owned, military-civilian, and private sector in considerable detail. Although Tsinghua University is not a business, it was included in the list because many of the overseas tech talents brought to China through the Thousand Talents Plan are specially-appointed professors at Tsinghua University.

2. Under the support of state power, there are four methods for stealing U.S. intellectual property rights.

i) China continues to implement and support cyber theft, invade U.S. companies’ and other countries’ commercial networks, and engage in other illegal methods for obtaining information. These stolen information include trade secrets, intellectual property rights, technological resources and even classified information concerning negotiations between China and the United States.

ii) Although the Chinese government has relaxed restrictions on foreign investment and shareholding for certain industries, it still passes limitations on overseas investment or forces U.S. companies to transfer technology to China, while at the same time putting U.S. companies at a competitive disadvantage in the global market.

iv) The Chinese regime, through unfair means, promotes the acquisition of U.S. companies by Chinese firms in order to obtain advanced technology and intellectual property rights. In 2018, many Chinese firms invested in U.S. tech companies, such as those in Silicon Valley.

Of the four methods listed above, the second and third are derivatives of the “partnership period” between the United States and China. During the Kissinger era, U.S.-China relations were based on the principles “contact, cooperation, influence, change”—hoping to promote Chinese democracy by allowing economic development. To combat “using development to promote democracy,” China adopted the strategy of “using technology to change the market”—a devious and cunning method. The United States has protested against China’s unfair trade practices, but never as seriously as the current Trump administration.

6 Dimensions Capital is a healthcare focused investment firm that was created due to its acquisition of four U.S. biopharmaceutical companies within one month.

The founder of Danhua Capital is Zhang Shoucheng, who committed suicide on December 1. Zhang is a tenured professor of the Departments of Physics, Electrical Engineering, and Applied Physics at Stanford University, and a member of the American Academy of Sciences. He was a candidate for the Nobel Prize for his work in physics. However, Zhang was also a foreign academician of the Chinese Academy of Sciences, a specially appointed professor at Tsinghua University, and winner of the 2017 China International Science and Technology Cooperation Award. An investigation on Danhua’s financial practices in the United States in recent years found that the company was suspected of using venture capital to obtain U.S. technology and sending it to China, according to the Special 301 Report.

Here we must explain the Thousand Talents Plan. The CCP has always paid great attention to overseas united front work. For those who have achieved success in the scientific and technological fields in the U.S., the CCP has been constantly eyeing and hoping to bring them closer. The CCP first set up the “Yangtze River Scholars Program” to hire them back to China for part-time work or short-term academic exchanges.

Beginning in 2008, the Thousand Talents Plan was established by the United Front Department, the Ministry of Education, and the Ministry of Science and Technology, with  the Organization Department of the Central Committee taking the lead. The program’s goal was to recruit experts and scholars from prestigious universities and research institutions, professional and technical personnel of well-known enterprises, and those with extensive knowledge of intellectual property rights or those have mastered core technology. Full-time returnees must work in the mainland for no less than six months a year, while short-term returnees must work at least 2 months a year in the mainland for three consecutive years. At the time, many scholars were proud to participate in the program because China and the U.S. were “important economic partners” and “strategic partners.”

However, with the frequent incidents of China’s infringement of U.S. intellectual property rights, the Thousand Talents Plan has become the focus of the FBI. In October 2017, a message was being spread among a group of Chinese-American scientists over WeChat (Chinese social media platform) : “Please ask your friends to spread the news as soon as possible. The FBI has said that Chinese who enter the Thousand Talents Plan are automatically under the FBI’s realm of surveillance.”

On June 6, a U.S. Senate Subcommittee held a hearing entitled “Thousand Talents: China’s Campaign to Infiltrate and Exploit U.S. Academia,” which disclosed information on the China-U.S. spy war. U.S. defense and intelligence officials said at the hearing that the CCP’s use of the Thousand Talents Plan to attract scientific and technological talents who were educated or working in the United States was a major part of its various efforts to transfer, replicate and eventually catch up with U.S. military and commercial technology. Its goal is to transfer U.S. technology, intellectual property rights and knowledge to China through legal and illegal means.

At present, many Chinese scientists in the United States have already been arrested and sentenced. They are Ning Xi, an automated robot expert at Michigan State University; Zhang Yiheng, a former professor of biological systems engineering at Virginia Tech; Zheng Xiaoqing, a chief engineer of General Electric Company (GE); and Wang Chunzai, a former researcher and oceanographer at the Atlantic Oceanographic and Meteorological Laboratory (AOML) of the National Oceanic and Atmospheric Administration (NOAA), and academician of the Chinese Academy of Sciences.

These scientists have a few things in common. They all went to the United States for further study, where they obtained doctoral degrees and achieved outstanding professional achievements. They are naturalized U.S. citizens and they are all scholars under the Thousand Talents Plan.

Recently, the University of Texas MD Anderson Cancer Center became the focus of the FBI, where 18 people were either arrested, dismissed, or asked to resign, including four Chinese professors. Therefore, in the American Chinese community, there is a saying that “the Thousands Talents Plan has become a list of prisoners.” Since August, China has kept secret its recruitment work for the Thousand Talents Plan.

At the beginning of the Sino-U.S. trade war, Beijing understood that the biggest concern of the United States is not the trade deficit but the long-term competitiveness of the country. A new notice concerning industrial upgrade and technological transformation was issued by the General Office of the State Council of China on December 10. But it did not mention “Made in China 2025”—China’s top industrial development strategy that was vigorously promoted in the past. However, U.S. Commerce Secretary Wilbur Ross said that although China is no longer emphasizing its “Made in China 2025,” “that doesn’t mean they’ve dropped it,” according to a Reuters report.

On December 12, the United States Senate Judiciary Committee held a hearing on the issue of Chinese espionage. John Demers, Assistant Attorney General of the National Security Division, testified at the hearing that “Made in China 2025” is a roadmap to theft. From 2011 to 2018, more than 90% of national espionage cases involve China— China is hastening operations. “China’s strategy is the same: rob, replicate and replace. Rob the American company of its intellectual property, replicate the technology, and replace the American company in the Chinese market, and one day, the global market,” Demers said.

California Democratic Senator Kamala Harris proposed a bill to amend the current U.S. economic espionage law and relax some of its restrictions so as to allow U.S. prosecutors to directly prosecute those engaging in economic espionage abroad—those individuals whose thievery brings “real economic impact” to the United States.

The 90-day grace period agreed between U.S. President Donald Trump and Chinese leader Xi Jinping at the G20 summit meeting in Argentina was for the purpose of resolving China’s problem of intellectual property rights infringement. Through analysis of various information released by the United States, this round of negotiations emphasized three parts: first, China must promise not to steal intellectual property in the future; second, China must form “domestic supervision” by including participation from a U.S. representative—for instance, a U.S. representative was dispatched after HSBC was punished for violating regulations; third, whether to investigate previous infringement violations, as well as to what extent to conduct such investigations.

Based on current public information, Liu He—the Chinese vice premier—was originally expected in the United States on December 10, but he did not arrive as scheduled. The intellectual property rights spy war has restarted, with the bridge for spy exchange being in a third country, Canada. These complicated multilateral negotiations will be extremely difficult to resolve.