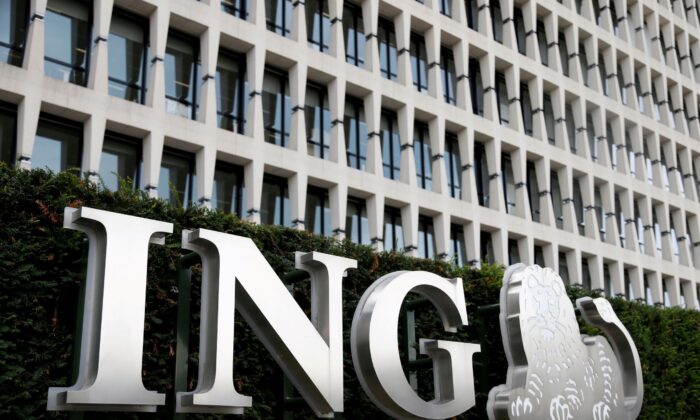 The logo of ING bank is pictured at the entrance of the group's main office in Brussels, Belgium, on Sept. 5, 2017. (Francois Lenoir/Reuters)
Companies

AMSTERDAM—Dutch bank ING provided an update on Friday on its exposure in Russia and Ukraine, saying that about 700 million euros ($771 million) in outstanding loans were “affected” by “new sanctions on (Russian) specific entities and individuals” by Europe and the United States.

In a statement composed of bullet points and pictures, it did not specify where that 700 million euros is.

It said it has 5.3 billion euros in loans to Russian borrowers, representing 0.9 percent of its total group loan book.

In Ukraine it said it had 500 million in loans, representing 0.1 percent of its loan book.

The bank said that moves to cut off some Russian banks from the SWIFT messaging system that underpins global payment transactions had “currently no material effect” on ING.

ING has wholesale banking operations in Russia with around 400 employees and has around 100 employees in Ukraine, it has said previously.