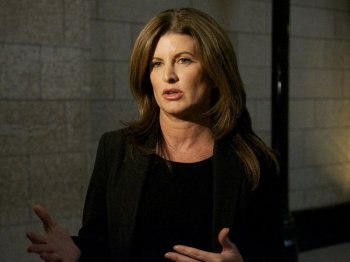 Public Works Minister Rona Ambrose said the government has not withdrawn any funding from the Royal Alberta Museum. (Matthew Little/The Epoch Times)
US

Ambrose attributes the dust-up in part to some confusion about the amount of money the feds had pledged to the project.

Mandel told the Edmonton Journal he was “tired of being screwed” and deeply disappointed about $92 million in funding being withdrawn.

Mandel said the government didn’t even give the city notice about the change.

But Ambrose, the MP who represents Edmonton-Spruce Grove, said the government never committed to $92 million.

Ambrose said the day the project was announced for $340 million, the federal government was thanked for contributing $30 million.

“That is the amount we’ve contributed publicly to this project. …We have not pulled any of our funding.”