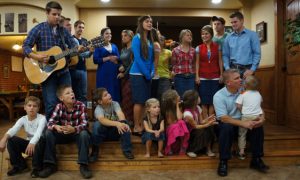 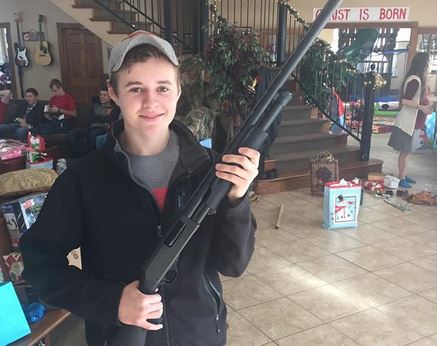 A picture with teenager Jedidiah Duggar holding a gun was posted to the official Duggar family Facebook page recently, igniting a debate over the issue.

The Duggar family regularly stirs controversy with their actions, as they aren’t afraid to share their views on a range of hot issues in America.

The family has long supported the Second Amendment, and it’s not the first time a picture of one of the kids with a gun has sparked a debate. The young children of Josh Duggar, the oldest child of Jim Bob and Michelle, were in a picture with a hand on a gun over the summer, provoking criticism but also support.

Jessa Duggar, one of the older Duggar children, is among the other children who have been captured on camera with a gun.

Jedidiah is one of the two sets of Duggar twins. He and twin Jeremiah are both 16.

It appears that Jedidiah received the gun for Christmas.

Commenters shared their views on the picture, with most expressing support for Jedidiah.

“What’s wrong with this country? People that complain about this picture!! Gun use and safety starts at home!! Proud American right there!” said one.

“There is NOTHING wrong with guns. It’s HOW they are mis-used that’s the problem,” said another.

“We’ve always had guns in the U.S. The problems started only after morality took a nose dive. Guns are not the problem. People who have raised the last couple of generations with no moral compass are the problem,” said yet another.