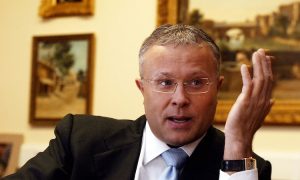 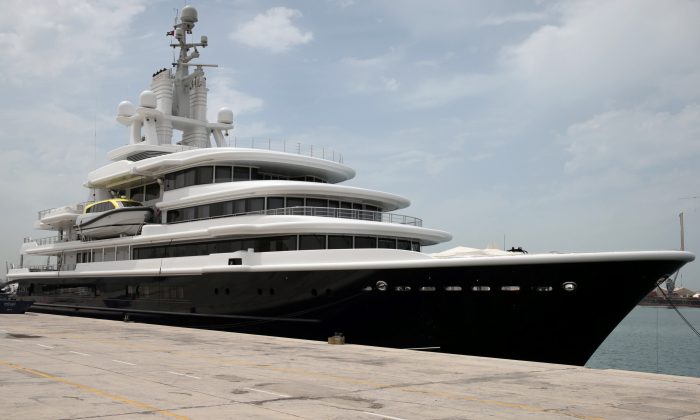 DUBAI—A $436 million superyacht belonging to a Russian billionaire at the center of one of the world’s costliest divorce battles has been released by a Dubai court after being impounded last year, but legal wrangling over the fate of the vessel continued.

Oil and gas tycoon Farkhad Akhmedov was ordered to pay about 40 percent of his fortune to his former wife Tatiana Akhmedova by London’s High Court in 2016 in one of the largest divorce settlements in legal history.

But Akhmedov failed to pay the 453 million pound ($594 million) divorce bill and the London court granted a worldwide freezing order, under which Akhmedov’s superyacht M.V. Luna was impounded in Dubai.

Luna, an expedition yacht built for Russian billionaire Roman Abramovich before Akhmedov bought it in 2014, has at least nine decks, space for 50 crew, two helipads, a vast swimming pool, and a mini-submarine.

On WMarch 27 the Dubai court of appeal ruled that the Dubai lower courts’ order to impound the yacht was wrong, allowing it to leave the port, documents seen by Reuters showed.

But lawyers acting for Akhmedova called the ruling a “procedural decision” and said the case had been referred to another Dubai court for a further hearing.

“Akhmedova will simply continue to pursue her claims in the Dubai Courts. She is bolstered by the fact that she successfully obtained additional orders in the English Court yesterday to secure Luna,” the lawyers said in a statement.

When Reuters visited the yacht on March 28, moored in Dubai’s Port Rashid, workers were installing new teak flooring on the large outdoor lower deck and a private security team was guarding it.

Akhmedova began divorce proceedings in Britain in 2012. Akhmedov said he and his wife had already divorced in Russia in 2000, but various Russian and British courts have found no evidence to support this assertion.

Forbes estimates Akhmedov’s net worth is $1.4 billion. The U.S. Treasury Department has put him on a list of sanctioned Russian state-owned companies and so-called “oligarchs”, identified as close to President Vladimir Putin.