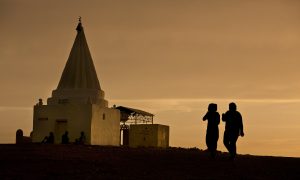 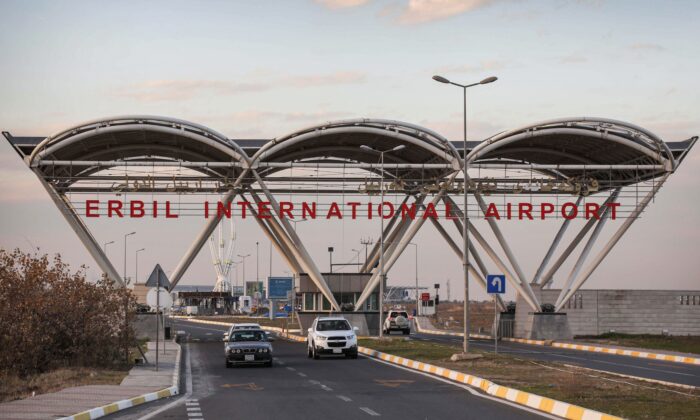 The entrance of Erbil International Airport in the capital of the northern Iraqi Kurdish autonomous region Arbil on Dec. 24, 2019. (Safin Hamed/AFP via Getty Images)
Middle East

The internal security service for Iraq’s autonomous Kurdish region, of which Erbil is the capital, initially said three rockets had hit near the airport.

A second statement by the Kurdish counter-terrorism force said the attack had been carried out by explosive-laden drones.

There were no immediate reports of casualties. Witnesses said they heard at least six explosions in the area.

The airport in Erbil, the capital of the autonomous Kurdish region, has come under attack several times in the past year, including by drones carrying explosives.

U.S. officials blame previous attacks on Iran-aligned militias, which want all U.S. military personnel out of the country. Around 2,500 personnel remain as they lead an international military coalition whose mandate is to help Iraqi forces fight remnants of the ISIS terrorist group. The coalition did not immediately comment on Saturday’s incident.

The attack is the first following a two month lull in drone and rocket attacks to target the U.S. presence in Baghdad and military bases across Iraq. On July 8, rockets landed in and around the heavily fortified Green Zone in the Iraqi capital Baghdad, which houses the U.S. Embassy. It caused material damage but no casualties.

More recently, the attacks have become more sophisticated, with militants using drones instead of Katyusha rockets.