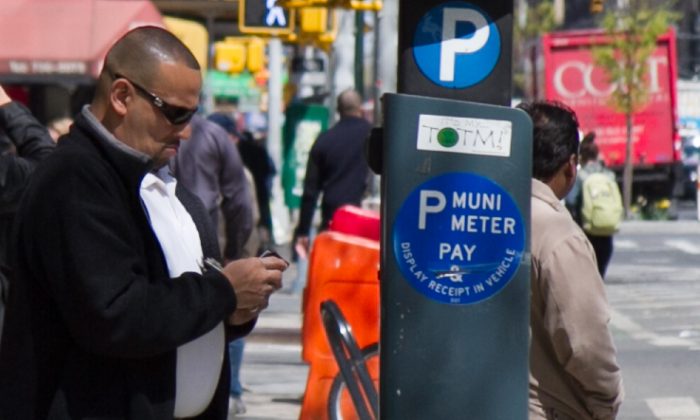 A man pays for parking at a MUNI parking meter in Midtown Manhattan on April 8. (Benjamin Chasteen/The Epoch Times)
US

NEW YORK—Remaining time on unexpired muni-meter receipts could be saved and used at a different parking spot from where the time was originally purchased if a new bill passes through the City Council.

However, the unused time would need to be used at a parking space that is at the same price or less than the location where the time was originally purchased. Parking rates vary throughout the city, with the most expensive being $3 an hour in most of Manhattan.

When the council reconvenes in two weeks, the Transportation Committee on April 23 will consider the legislation, sponsored by 15 councilors, including James Vacca, chair of the committee. The legislation is titled Allowing for Transfer of Muni-meter Time.