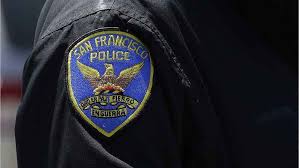 Driver Plows Into People on San Francisco Street, Killing One

A driver plowed a vehicle into five people in San Francisco on Wednesday, killing one and critically injuring others before fleeing the scene, police said.

The five people were taken to the hospital and police later said on Twitter that one person had died following the hit-and-run in San Francisco’s Central Waterfront neighborhood. Police said they were searching for the driver.

At least three of the other victims had life-threatening wounds, police said.

“Driver of vehicle in a physical altercation with five subjects and struck five subjects with his vehicle,” San Francisco police said in a statement.

It was not clear what might have sparked the dispute between the driver and the people in the street. Police declined to immediately provide further details.

A witness said the driver got out of a van with an ax during the altercation, before getting back into the vehicle and driving it into people on the sidewalk, according to the San Francisco affiliate for NBC.

In video from NBC Bay Area, paramedics and police could be seen attending to a person lying on the sidewalk.

Paul Lim, who works at a business in the area, told the San Francisco Chronicle he saw the aftermath of the incident.

“I saw two lifeless people from across the street,” Lim told the newspaper. “Another one was being consoled by a friend screaming for help. And another one was moving very slowly.”