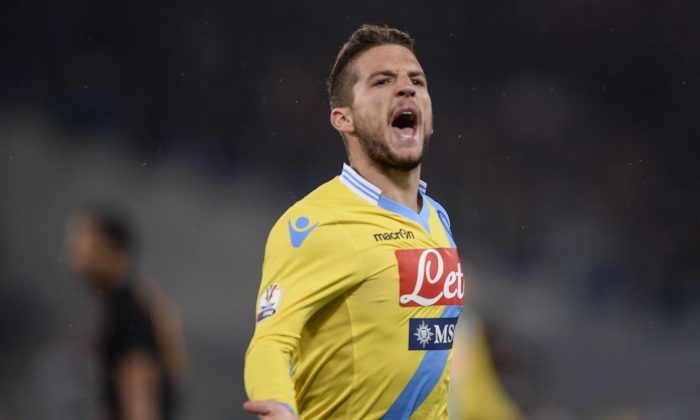 Dries Mertens in a file photo. Mertens scored a goal for Belgium against Algeria on Tuesday, June 17. (AFP/Getty Images)
Soccer

Dries Mertens has scored for Belgium.

The 27-year-old winger smashed in a shot into the top right hand corner of the Algerian goal.

Here’s a video of his goal.