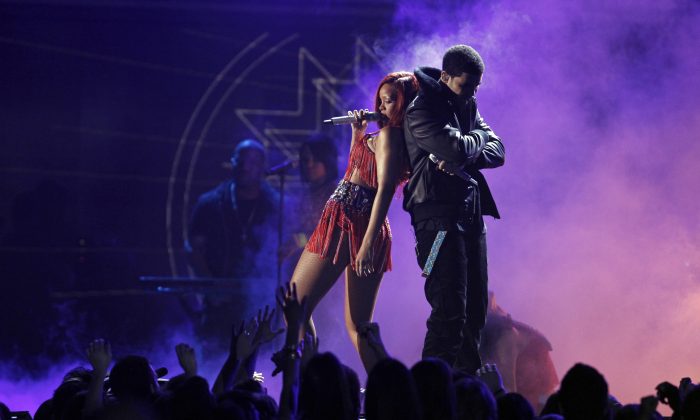 Drake and Rihanna Dating Rumors: Speculation After They Party at Same NYC Club

Rumors about Drake and Rihanna, who broke up earlier this year, were started again after the stars were pictured entering the same club on Monday night.

Rihanna and Drake both attended a party hosted by K. Michelle at Griffin Nightclub in New York City on Monday night.

Radar Online reported that the former couple arrived and left the club separately. It said Drake arrived about 10 minutes after Rihanna.

That lack of evidence didn’t stop Hollywood Life from saying that the blog SandraRose said the duo “reunited” at the club, which the blog did not. It also said that the couple arrived and left separately.

Hollywood Life also claimed that Rihanna dressed up just to see Drake, even though there’s no proof that they were together at all inside the club.

Meanwhile, Drake recently took to Twitter to clarify that he didn’t call Rihanna “the devil” in his new album title.

“My album title is VIEWS FROM THE 6. The 6 is Toronto. Rih is a great girl who I know is about to kill this tour with Eminem. It’s all love!!” he said.