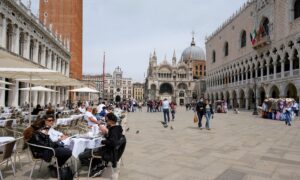 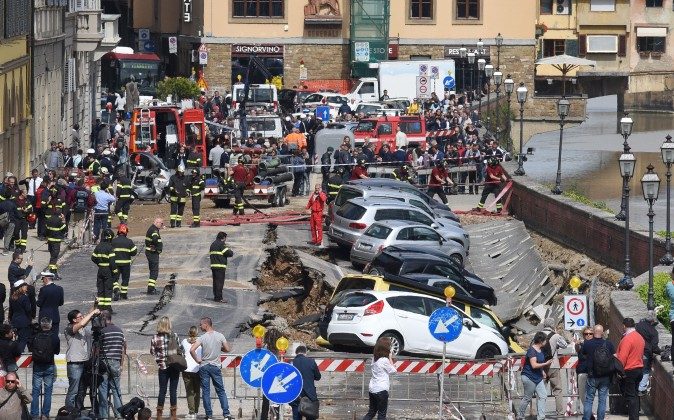 Firemen work along the Arno river where the embankment running alongside the Arno river collapsed early on May 25, 2016 in central Florence. The damage, stretching between the 14th century Ponte Vecchio and the Ponte alle Grazie, affected about 200 metres of the embankment in total. Emergency services said the collapse was due to a water pipe break and authorities stopped traffic along the road. / AFP / CLAUDIO GIOVANNINI (Photo credit should read CLAUDIO GIOVANNINI/AFP/Getty Images)
Europe

The break caused water to flow below the asphalt, weakening it, and causing its collapse.

Surrounding restaurants and squares were evacuated as a pre-caution and also because there was no water or lighting. Luckily, no injuries were reported.

Florence Mayor Dario Nardella said a near 2-foot gash in the pipe, one of the city’s major water lines, caused it to burst, stressing that the water was not the result of a leak in the banks of the Arno.