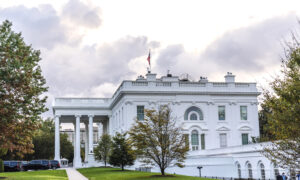 Dozens of people held a rally outside the CNN headquarters in Atlanta, Georgia, protesting what they say is the network’s biased coverage of the presidential election and the Trump campaign’s lawsuits in battleground states.

Georgia State Rep. Vernon Jones, a Democrat who has voiced support for President Donald Trump, also spoke at the rally, saying, “We’re standing up for Republicans, Democrats, Libertarians, Independents, we’re standing up for our rights to a true, fair, and transparent election. What is wrong with that? Where are the Democrats? It took Stacy Abrahams and the media three years before she could say ‘okay, she lost.'”

CNN did not immediately respond to NTD’s request for comment.